House majority not confident of RH vote this year 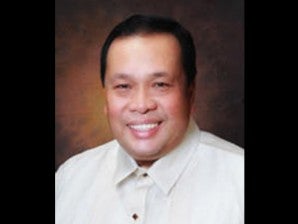 The House majority bloc remains wary of putting the reproductive health (RH) bill to a vote because opposing forces have at least 70 members who could derail the population control measure on the floor.

“We do not expect that this will be passed on second reading this year. I’m just being honest,” said House Majority Leader Neptali Gonzales II amid optimism among proponents that the RH bill would be set for voting before the end of this year.

At the Ugnayan sa Batasan forum, Gonzales said that the earliest that the House would vote on the RH bill would be next year when the battle lines between the pros and cons would be much clearer.

“The people who are holding vigil outside should have more food in stock because this will be a long wait. You have to consider the legislative mill, there are at least 20 (lawmakers) scheduled to speak on the bill. People think that after the debates, then that’s it, we have to vote on it. I’m telling you that’s not it,” said Gonzales.

Based on his long experience as a floor leader, Gonzales said the RH bill was among the issues that would be difficult to railroad because there was no clear winner or loser. Nobody knows how many were for or against as everyone has kept their cards close to their chest, he added.

“This is not like the budget where at the end of the day, we have to approve it. My experience as a floor leader tells me that it’s not really time to vote on it,” said Gonzales. “If this was a war, and I am the leader of the group opposing this, give me at least 70 people behind me and this will not be approved. They still have that number.”

Gonzales said that with at least 70 or a quarter of the 287-strong House, the anti-RH forces could still stall the process.

“This is an issue very close to the heart of congressmen because it could spell the difference between victory and defeat locally,” said Gonzales, who noted that a delay would favor the anti-RH bloc since lawmakers were assumed to be more averse to deciding on the measure closer to the 2013 elections.

Iloilo Representative Janette Garin, one of the main proponents of the RH bill, concurred that the majority bloc was faced with a dilemma whether to force the voting on the measures with the outcome a possible 50-50.

“We expect the anti-RH group will again resort to questioning the quorum after a long and dragging debate,” said Garin in a text message.

Garin proposed that all lawmakers be required to be present from the start of session until the end to ensure that the process would be completed. Garin said this could be adopted in the rules of debate that would be finalized after Speaker Feliciano Belmonte Jr. has consulted with the House leaders.