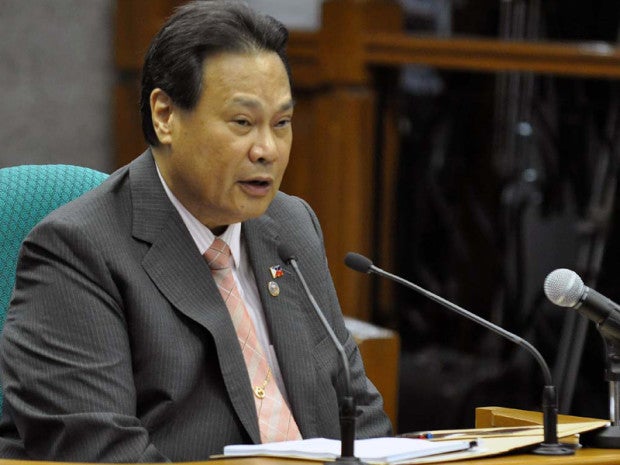 The family of late Chief Justice Renato Corona has appealed the Sandiganbayan’s ruling allowing the Office of the Ombudsman to scrutinize their bank accounts in connection with their P130.59-million forfeiture case.

In a 17-page motion for reconsideration, Corona’s widow Cristina and their three children, Ma. Carla Beatrice Castillo, Francis Corona and Charina Salgado, said the Second Division erred in reinstating the Ombudsman’s subpoena on their bank records.

They said the court should not allow the Ombudsman to bolster a case based on alleged illegally-obtained evidence.

The court on Oct. 23 granted the Ombudsman’s appeal to reverse the April 28, 2016 resolution, which initially approved the Coronas’ motion to quash the subpoenas on their peso and dollar bank accounts.

They said the Ombudsman only wanted to subpoena the bank records in an attempt to provide a legal cloak to the forfeiture case despite being supposedly based on illegally obtained bank records.

The appeal charged that the Ombudsman’s request followed a “prior illegal inquiry into respondents’ alleged bank records” in violation of the Coronas’ constitutional right to unreasonable searches and seizures.

For one, the Coronas said the Ombudsman’s bank documents were obtained by the Bureau of Internal Revenue and signed by Associate Prosecution Attorney Jayvee Laurence Bandong of the Department of Justice.

They pointed out, however, that the DoJ could not be a valid source or custodian of the supposed originals, casting doubt on whether the agency followed the law on bank inquiries.

The motion argued that under R.A. 6426, the only exception to the secrecy of foreign currency deposits is when the depositor has issued a written permission, which the spouses had not given to either the Ombudsman or the Sandiganbayan.

“The alleged dollar deposits subject of the Request for Subpoenae remain absolutely confidential, without exception, under R.A. No. 6426 and may not be inquired into in any proceeding,” read the appeal.

“Neither the [Ombudsman] nor this Honorable Court has the authority to inquire into said deposits, or to compel any witness to produce documents relating thereto,” it added.

The Coronas said the presentation of their bank transaction records would be “unreasonable and oppressive” because the supposedly unlawful disclosure of their confidential information would “expose them to criminal liability and administrative sanctions.”

“Petitioner’s resort to the subject request for subpoenae is therefore an obvious subterfuge to cure the fatality of its evidence – and its case – against respondents. This should not be countenanced by this Honorable Court,” read the Coronas’ motion.

The Sandiganbayan on Jan. 18, 2016 first issued the subpoenas for the production of the Coronas’ bank transaction records including those of an account with Deutsche Bank AG.

The Ombudsman’s forfeiture case filed in the Sandiganbayan in March 2014 was an offshoot of the previous administration’s efforts against Corona, whom President Benigno Aquino III shunned for being a midnight appointee of his predecessor Gloria Macapagal-Arroyo.

Corona allegedly emptied several of his bank accounts before the impeachment proceedings got underway in the House of Representatives in late 2011.

The Senate on May 29, 2012 ousted Corona and convicted him for failing to properly disclose his wealth in his Statement of Assets, Liabilities and Net Worth.

After Corona’s impeachment, criminal charges for tax evasion and perjury were brought against him before the Court of Tax Appeals and the Sandiganbayan, respectively. His death on April 29, 2016 extinguished any possible criminal liability, but not the civil forfeiture case.