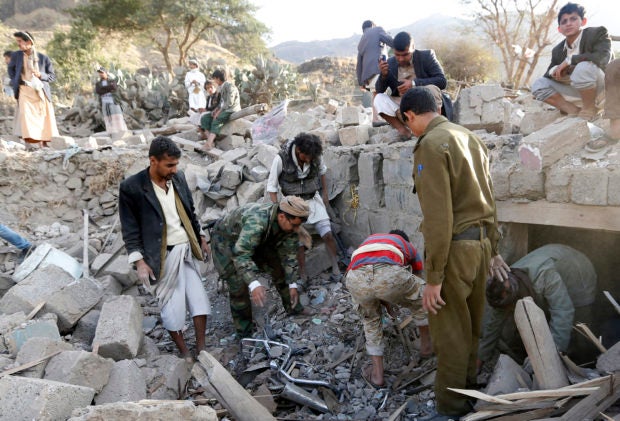 The strikes hit a residential area near the ministry of defense building, which had been targeted just before.

“I was sitting at home and heard the first strike hit the ministry of defence. Everyone was afraid. Minutes later, another strike hit my neighbour’s house,” resident Mohammed Aatif said.