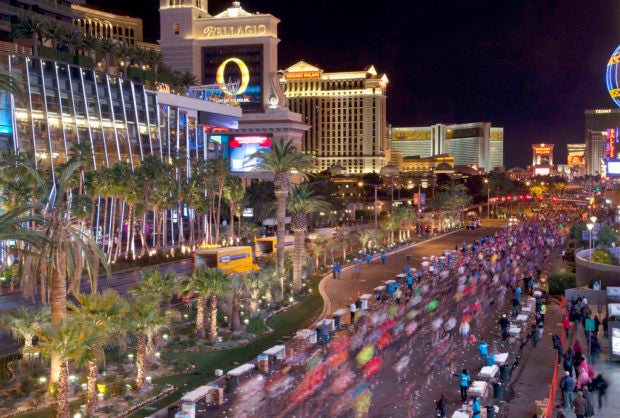 LAS VEGAS — Las Vegas is posting snipers and surrounding tens of thousands of runners with other safety measures at a weekend marathon, the first large-scale outdoor event since a gunman killed 58 people at a country music festival.

Police have beefed up security and tweaked their original safety plan for the annual event that starts on the Las Vegas Strip. Some participants say they will be running Sunday to stand up to evil. About 350 officers will be working to protect the runners as they pass by world-famous high-rise casino-hotels and the crime scene.

“We’ve made a few changes, some subtle things,” Capt. Andrew Walsh said. “Obviously, the threat of a sniper attack is something that we know can happen. So, we added some counter-sniper surveillance posts along the route.”

A high-stakes gambler and real estate investor killed 58 people and injured hundreds more on Oct. 1 after shattering the windows of his hotel suite and unleashing gunfire on the Route 91 Harvest music festival below. From the 32nd floor of the Mandalay Bay casino-hotel, Stephen Paddock had an unobstructed view to rain bullets on the crowd, who had few places to hide.

The police helicopter unit will be circling throughout the Rock ‘n’ Roll Marathon, set to begin just before sunset Sunday. Police also will have bomb-sniffing dogs.

Semi-trucks, dump trucks, buses and other large city vehicles will be positioned at key intersections to try to prevent anyone from driving onto the course, Walsh said, following recent attacks in the U.S. and abroad in which vehicles have plowed into crowds.

He acknowledged that the event presents a huge challenge to police and encouraged casino employees, visitors and others to alert authorities of anything suspicious. Security checkpoints will be set up for the Sunday races — a marathon, half marathon and 10K — and a Saturday 5K and concert.

“With all the things that we’ve seen happen in the world, whether it’s in Texas at a church, whether it is in New York City on a bike path, or whether it’s here at a concert, the vulnerabilities that exist and try to predict and prevent each and every one of those is a tremendous challenge,” Walsh said.

Organizers moved events away from the scene of the massacre. The concert, typically held at the outdoor venue where the shooting took place, was shifted miles north, across from the SLS hotel.

The start of the marathon, usually outside Mandalay Bay, was moved a mile north to the front of the New York-New York casino-hotel. The race has always featured live bands every mile, but on Sunday, the first 2½ miles — when runners will go by the crime scene twice — will be silent.

Spokesman Dan Cruz said that will serve as an extended moment of silence.

“Running the marathon symbolizes miles of grit, determination; these are driven athletes, who know all about adversity,” he said. “So, for them, it’s the perfect event to help Las Vegas bounce back.”

Cruz said less than 50 people canceled, transferred or deferred their participation, and people still registered after the shooting.

Judy Mace is among the 24,000 people who will run the half marathon. As she picked up her race package Thursday at a convention center, the Orlando, Florida, resident said she never considered canceling and is not concerned about her safety.

“After going through the Pulse shooting in Orlando, you just get angry,” said Mace, 68. “They’re not going to do this to us. We will not back down. People asked me in Orlando, ‘Why are you going? It’s probably dangerous.’ I said ‘No. I’m fine.'”