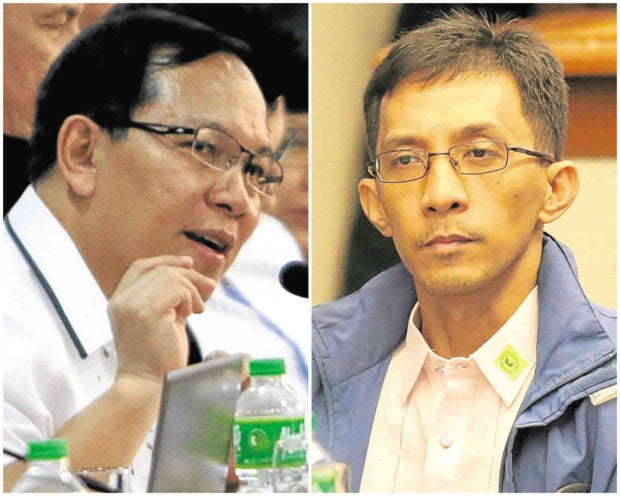 Former military officers Gerardo Gambala and Milo Maestrecampo were moving to the Department of Transportation following their resignation from the Bureau of Customs (BOC) after being questioned on the release of a P6.4-billion illegal drug shipment from China that slipped past the agency in May.

President Duterte appointed Gambala as a director at the Office of Transportation Security (OTS) and Maestrecampo as assistant director at the Civil Aviation Authority of the Philippines (Caap).

The two former mutineers had joined the BOC when another rebel soldier, Nicanor Faeldon, was named the agency’s commissioner.

Faeldon had also resigned from the bureau because of the drug shipment controversy and was facing complaints for his alleged involvement in drug smuggling.

He is currently detained at the Senate for refusing to testify at a Senate inquiry on the illegal drug shipment.

Maestrecampo resigned from the BOC as import assessment services director after fixer Mark Taguba implicated him in a bribery scheme at the bureau that allowed the release of shipments without correct duties.

Maestrecampo had denied accepting bribes, but said he had decided to leave the bureau out of delicadeza and to fight for his honor and integrity. He said Taguba’s statement of retraction that he had not given grease money to the former rebel soldier came too late.

Gambala quit as deputy Customs commissioner at the height of the controversy, saying he wanted to spend more time with his family.