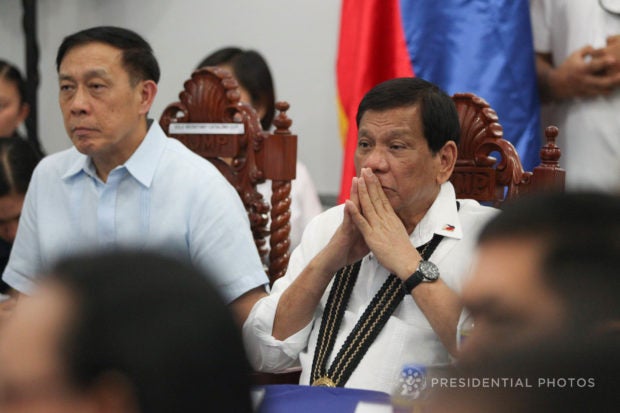 The National Police Commission (Napolcom) has removed the power of a governor and 23 other mayors over the police in their respective areas for their alleged links to illegal drugs.

In a set of resolutions dated October 30 and released to the media on Thursday, Department of the Interior and Local Government (DILG) officer-in-charge (OIC) Undersecretary Catalino Cuy ordered the withdrawal of deputation to the following officials:

“The exercise of the duties, obligations, powers, and prerogatives vested unto the foregoing local chief executives as Napolcom deputy under Section 51 (b) of RA 6975 as amended are hereby suspended accordingly,” the resolutions stated.

Cuy told INQUIRER.net that the officials could no longer give orders to their respective police forces and would no longer be entitled to security detail.

He said the resolutions were based on the Philippine Drug Enforcement Agency’s (PDEA) list of officials tagged as “narcopoliticians.”

“The list was only forwarded to us by the PDEA, wala kaming dinagdag (we did not add anyone),” Cuy said.

The resolutions said that the involvement of a local chief executive in illegal drug activities is contrary to President Rodrigo Duterte’s anti-illegal drug campaign and “constitutes an act inimical to national security.” /jpv