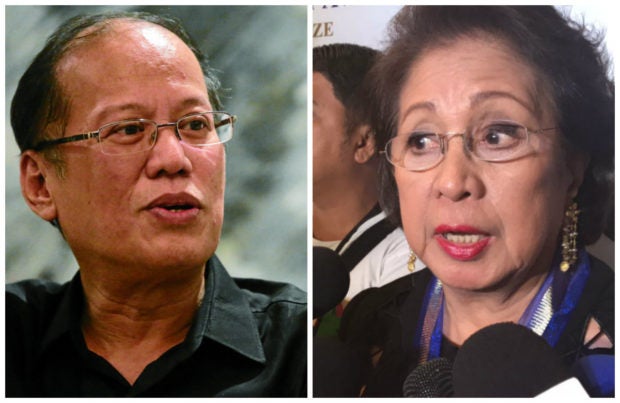 The Office of the Ombudsman has filed graft and usurpation of authority charges against former President Benigno Aquino III before the Sandiganbayan on Wednesday in connection with the 2015 Mamasapano incident.

The Ombudsman charged Aquino with violation of Section 3(a) of Republic Act 3109 or the Anti-Graft and Corrupt Practices Act and Article 177 of the Revised Penal Code (RPC), the provision on the usurpation of official functions.

According to the information sheet of the usurpation of authority charge, Ombudsman Assistant Special Prosecutor Reza M. Casila-Derayunan accused Aquino of conspiring with former Philippine National Police (PNP) chief Alan Purisima, who was then under preventive suspension, and PNP-Special Action Force (SAF) chief Getulio Napeñas in implementing Oplan Exodus, the January 2015 operation that led to the deaths of 44 police commandos, dubbed as the SAF 44.

Derayunan said Aquino “did there and then willfully, unlawfully cause Purisima to perform and/or exercise the function of the chief of the PNP over Oplan Exodus prior to and during its implementation […] despite having knowledge that Purisima was under preventive suspension” by the Office of the Ombudsman.

The Ombudsman suspended Purisima and 11 other police officials for six months in December 2014 over the alleged misuse of gun license couriers’ fees.

The prosecutor said Aquino allowed Purisima to take part in Oplan Exodus by letting him go to the Jan. 9, 2015 meeting in Bahay Pangarap, where the top secret operation was planned and discussed.

Aquino also instructed Purisima to coordinate with the Armed Forces of the Philippines and communicated exclusively with the former police chief at the height of the operations on Jan. 25, 2015, the prosecutor said.

In the separate information sheet for the graft charge, Derayunan said Aquino “allowed himself to be persuaded, induced, or influence” to violate the PNP chain of command, the Ombudsman’s preventive suspension order against Purisima, and officer-in-charge PNP chief Leonardo Espina’s order against Purisima and other suspended police officials to cease and desist from performing duties and functions of their offices.

The prosecutor said Aquino knew “fully well [of] the Ombudsman’s preventive suspension order, Espina’s special order, and that it was Espina who had the authority to oversee the preparation and conduct of Oplan Exodus, to the damage and prejudice of the State.”

The case was filed after the Ombudsman denied Aquino’s motion for reconsideration and upheld its June 2017 resolution finding probable cause for the indictment of the former president. /cbb

Read Next
Palace declares Nov. 8 holiday in Tacloban to remember ‘Yolanda’ victims
EDITORS' PICK
What to watch out for when selecting a video surveillance solution
Heads may roll at BOC, says Palace if sugar smugglers are allowed to use recycled import permits
vivo brings to the Philippines a powerful smartphone with a slimmer body, the vivo Y02s for only PHP 6,499
DOH reports increase in daily COVID-19 deaths, mostly unvaxxed
Palace: Biggest supermarkets in PH commit to sell sugar at P70 per kilo
House energy committee chair Arroyo bats for cheap electricity
MOST READ
DepEd to give teachers P5K cash allowance within first week of classes
Alyssa Valdez to miss Creamline’s AVC Cup campaign
DOJ indicts bank officer in $2.1 billion Wirecard fiasco
GSIS cool to idea of lowering retirement age in PH
Don't miss out on the latest news and information.