Rich and famous in the Paradise Papers | Inquirer News

Rich and famous in the Paradise Papers 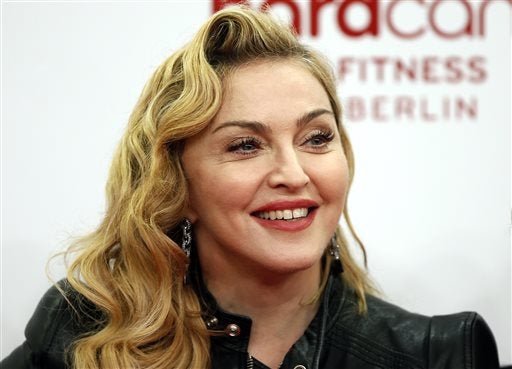 US pop star Madonna smiles during her visit at the “Hard Candy Fitness” center in Berlin. AP FILE

PARIS, France — Apple, Bono and Queen Elizabeth II are just a few of the big names and companies revealed in the Paradise Papers leak to have shifted money across the globe to cut tax.

The spotlight on the tax affairs of the rich and powerful comes after a trove of documents was released by the US-based International Consortium of Investigative Journalists (ICIJ), detailing secretive offshore deals that, while not illegal, are embarrassing for those concerned.

Here, according to the papers, are some of the most well-known names caught up in the controversy:

– Britain’s Queen Elizabeth II has, through the Duchy of Lancaster which provides her income and handles her investments, placed around £10 million ($13 million, €11.3 million) of her private money in funds held in the Cayman Islands and Bermuda.

The funds were reinvested in an array of businesses, including controversial rent-to-own retailer BrightHouse which has been accused of exploiting the poor.

– Her son, Prince Charles, has invested millions of pounds in offshore funds and businesses, including a Bermuda-based sustainable forestry company once run by a close friend.

– In Canada, Prime Minister Justin Trudeau’s top fundraiser and senior advisor Stephen Bronfman, heir to the Seagram fortune, moved some $60 million to an offshore haven in the Cayman Islands.

– U2 frontman Bono is shown in the leak to own a stake in a Maltese company that bought in 2007 a Lithuanian shopping mall via a Lithuanian holding company, which may have broken tax rules by using an unlawful accounting technique.

– Britain’s four-time Formula One champion Lewis Hamilton avoided paying taxes on a private jet, receiving a £3.3 million VAT refund in 2013 after it was imported into the Isle of Man, a low-tax British Crown Dependency.

– Colombian singer Shakira who lives in Barcelona, was domiciled in the Bahamas for tax reasons and transferred 31.6 million euros earned in royalties to Malta, France’s Le Monde newspaper said.

– Technology giant Apple shifted much of its offshore wealth from Ireland to the Jersey tax haven in the British Isles to adapt to the tightening of Irish tax laws in 2015.

– US sportswear giant Nike used a loophole in Dutch fiscal law to reduce, via two companies based in the Netherlands, its tax rate in Europe to just two percent compared to the 25 percent average for European companies.

– The taxi-hailing app Uber and the manufacturer of Botox, the Allergan pharmaceutical laboratory, allegedly used similar methods to Nike.

– The Paradise Papers also reveal that Russian companies with links to the Kremlin invested hundreds of millions of dollars in Twitter and Facebook.

The Internet giants are already under fire, notably in the US Congress, for the use of their platforms to spread Russian rumours during the 2016 US presidential election. /cbb