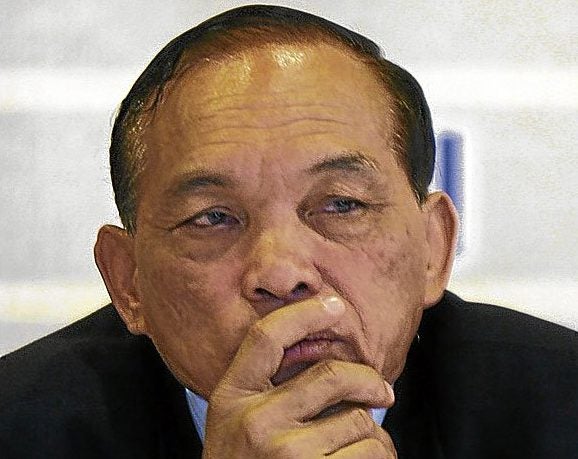 The head of the country’s narcotics control body has resigned after just five months in the job, the second successive official to vacate the post after making statements contradicting President Rodrigo Duterte.

Retired Gen. Dionisio Santiago, former chief of staff of the Armed Forces of the Philippines, told Radyo Inquirer 990AM on Tuesday that he quit as chair of the Dangerous Drugs Board (DDB) after receiving a call from Mr. Duterte’s executive secretary, a few days after he publicly said the construction of a 10,000-bed drug rehabilitation center in Nueva Ecija province was a mistake.

‘The boss is always right’

“My rule is the boss is always right and if you think the boss is not right, refer to rule No. 1,” Santiago said, adding he had already submitted a two-sentence resignation letter.

Countering illegal drugs is Mr. Duterte’s signature program and he has repeatedly threatened to kill dealers and users and said he was willing to be jailed for it.

Police have killed thousands of people in carrying out Mr. Duterte’s war on drugs, but the administration insists it is committed to arresting dealers and rehabilitating users, citing the new rehabilitation center in Nueva Ecija and the voluntary surrender of 1.3 million addicts and pushers as a sign of its positive intent.

Santiago told a television interview on Oct. 31 that the government might have overestimated the effectiveness of the rehabilitation center and should have pursued a practical community-based rehabilitation program.

Fewer than 500 people have been admitted to the rehabilitation center in Fort Magsaysay, Nueva Ecija, which was launched last year amid great fanfare and was funded by a wealthy Chinese businessman.

Santiago was pushing for a strategy in the narcotics crackdown that would be aligned with the social reform program of Mr. Duterte and would work closely with the National Youth Commission.

He said a community-based rehabilitation program for drug users would be more effective than the “mega drug rehab” center, pointing out that a family support system was vital to the recovery of drug users.

Santiago said the rehabilitation center in Nueva Ecija was “impractical.”

“That was a mistake. The President was excited [by the project] but money spent building that could have been spent for smaller community-based rehabilitation centers [that] would accommodate 150 or 200,” he said.

Mr. Duterte gave Santiago the DDB job in July after the former head of the board, Benjamin Reyes, was forced to quit for disputing the President’s repeated statements that there were more than 4 million drug addicts in the Philippines.

Reyes had said there were 1.8 million drug addicts in the country, drawing Mr. Duterte’s ire.

The President fired Reyes after returning from a trip to Russia in May.

Mr. Duterte has never disclosed the source of that information and some experts say it is exaggerated. /kga /pdi