Texas gunman: a militant atheist who beat wife and child 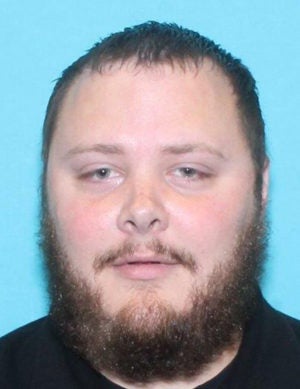 This undated photo provided by the Texas Department of Public Safety shows Devin Kelley, the suspect in the shooting at the First Baptist Church in Sutherland Springs, Texas, on Sunday, Nov. 5, 2017. A short time after the shooting, Kelley was found dead in his vehicle. AP

SUTHERLAND SPRINGS, United States — The former Air Force airman who shot dead 26 people in a Texas church had been jailed by the military for beating his wife and child, and had ranted against God and the church on his social media pages.

Devin Patrick Kelley, a white 26-year-old who was dressed head-to-toe in black combat gear when he carried out the deadliest shooting in Texas history, appears to have killed himself after the attack. His church-going victims were aged between 18 months and 77 years.

As photos of America’s latest mass killer — round-faced and unsmiling, with thinning dark hair and, in one shot, holding a small child — started circulating in the US media Monday, more questions than answers remained as to why he attacked the First Baptist Church, killing an estimated four percent of the tiny community of Sutherland Springs, near San Antonio, in a matter of minutes.

The only connection he had to the church appears to have been that his mother-in-law, who had received threatening text messages from Kelley, was a member of the congregation, although police said she was not in the building when he stormed it.

Kelley had been court-martialed and jailed by the military for 12 months in 2012, two years after signing up for the Air Force, on charges of assaulting his wife and their child. He left the service in 2014 with a bad conduct discharge.

Like many other mass shooters, he had vented his rage at the world on social media, writing Facebook diatribes against organized religion, the church and believers.

Before being deleted, his Facebook account featured a quote from Mark Twain: “I do not fear death. I had been dead for billions and billions of years before I was born and had not suffered the slightest inconvenience from it.”

In his LinkedIn account, however, he listed his interests as animal welfare, arts and culture, children and civil rights.

Several of his former classmates said they had kept their distance from the militant atheist, who often acted in a hostile and aggressive manner.

Once in the Air Force, Kelley served in logistics readiness at Holloman Air Force Base in New Mexico, which neighbors Texas.

After his conviction of assault on his wife and a child — named by those close to the case either as the couple’s child, or just the wife’s — his spouse Tessa filed for divorce. Kelley was also demoted, and left the military after a failed appeal against his conviction.

After leaving the Air Force, he moved for a while to Colorado, where he appeared in court on charges of animal cruelty, though the case was later dismissed.

Kelley reportedly lied about his assault conviction when he filled out the required background check paperwork to buy a Ruger assault rifle in April 2016 at a gun and sporting goods shop in San Antonio, police said. They said he owned several firearms, bought in both Colorado and Texas.

His other known residence was in the rural area around New Braunfels, where he had lived with his wife in a converted barn, surrounded by woods.

One of his former neighbors told KSAT local news that he was “a regular guy” in a region where gun ownership is common, and said there was “nothing abnormal” that could have pointed to the impending slaughter.

“I mean, the only thing unusual across the street is we hear a lot of gunfire, a lot of times at night. We hear gunfire a lot, but we’re out in the country,” said the neighbor, Mark Moravitz.

Kelley walked into the First Baptist Church at around 11:20 am on Sunday, unleashing a hail of bullets that left at least 26 dead and 20 wounded, some seriously.

A neighbor of the church heard the gunfire and ran out with his own weapon, engaging the gunman and pursuing him as he fled in a pearl-colored Ford Explorer.

Kelley was found around eight miles away with a lethal gunshot wound, which police said appeared to have been self-inflicted. /cbb