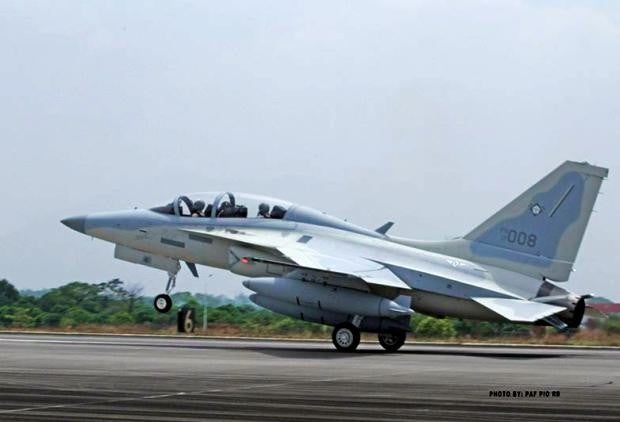 Air Force pilots and crew who took part in the government’s five-month campaign to liberate Marawi City from the ISIS-linked Maute group returned as heroes on Monday at Villamor Air Base.

“These airmen demonstrated airpower that was felt, seen and used 24/7, whenever, wherever. They symbolize the Air Force at its finest hour, and the airmen at their greatest defining moment in recent memory,” said Air Force chief Lt. Gen. Galileo Gerard Kintanar in his speech at the heroes’ welcome for the airmen.

The ceremony also marked the first time that the air, ground and support personnel met one another after the hostilities, the longest urban war in recent Philippine history.

About 200 personnel were present at the ceremony for the 1,007 Air Force personnel who played a role in the liberation of Marawi.

The Air Force flew more than 1,350 sorties in about 4,900 hours. They also transported nearly 7,000 soldiers and police personnel, extricated hundreds of wounded during the five-month battle.

Kintanar described the FA-50 fighter jets and AW-109 attack helicopters, the air assets used in airstrikes and reconnaissance, as “the game changers.”

The Air Force also used its OV-10 bombers, MG-520 attack helicopters and SF-260 trainer planes for close air support, the UH-1 Hueys, the Bell-412 combat utility helicopters and the Sokol choppers for tactical air mobility, rescue and case evacuation. The C-130 and the C-295 transport planes transported the troops in and out of the battle zone.

The Air Force spent almost P1.5 billion for fuel and other operational requirements.

Western Mindanao Command chief Lt. Gen. Carlito Galvez, the overall ground commander in Marawi, said the Air Force contributed to more than half of the success of the Marawi campaign.

“The success of the liberation of Marawi, more than 50 percent of that tulong ng Air Force,” he said in his speech.

“Sa Air Force sa kanila nakasalalay ang ating deployment. I know how hard, how difficult ang ginagawa ng piloto natin. Because of their airstrikes that’s the only time we can advance our troops,” he added.