New Mexico looks for opioid solutions amid tributes to dead 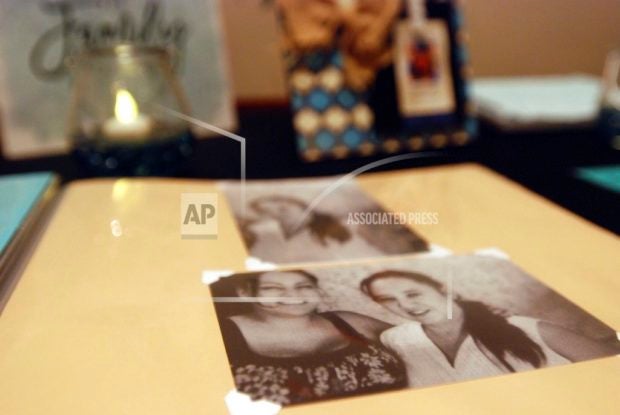 A Day of the Dead altar in memory of people who died from drug overdoses stands in silent testimony to New Mexico’s struggle to reduce the toll of opioid addiction, as state lawmakers and public health experts met on Thursday, November 2, 2017, in Santa Fe, New Mexico. (AP Photo)

SANTA FE, N.M. – A Day of the Dead altar with family photos of orphaned children in the arms of the departed stood as silent testimony to New Mexico’s struggle to reduce the toll of opioid addiction, while state lawmakers and health care experts searched for new tools to combat deaths from the drug crisis gripping the nation at a conference held on Thursday.

The unique display at a summit attended by some 300 people in the most Hispanic state came in the midst of Dia de Los Muertos, a Mexican holiday remembering loved ones who have died.

The number of annual drug overdose deaths in New Mexico has plateaued amid a series of pioneering policies to combat opioid addiction, including becoming the first state to require law enforcement agencies to provide officers with overdose antidote kits.

Other solutions include a prescription monitoring database to prevent dangerous overlapping drug sales; increasingly expanding access to naloxone, a drug that can reverse overdoses; and allowing more medical providers to prescribe the opioid anti-craving drug bupenorphine.

Six states rushed to adopt many of those measures this year by declaring public health emergencies over opioid abuse ahead of the national emergency that President Donald Trump declared last week.

New Mexico epidemiologist Michael Landen said on Thursday that he expects the state to fall to about 15th place in the rate of drug overdose deaths in 2016 from eighth place in 2015. Federal rankings are due out later this year.

He cautioned that New Mexico’s ranking has improved only because the crisis is surging elsewhere. That left a committee of lawmakers grasping for new solutions at the summit in Santa Fe.

Against one wall, candles and orange marigold flowers decorated a makeshift altar. People wrote down the names of loved ones lost to addiction or propped up family photographs.

Lupe Salazar, 50, added a photo of a sister who overdosed on heroin, leaving her to care for two nieces, ages 4 and 10.

“There’s this empty space now,” she said. “No matter how many years go by, there is that void.”

Lawmakers on a health care committee sought advice from a panel of experts in pain management, opioid antidote treatments, and pharmacy practices on whether the state should adopt a seven-day limit on post-surgery opiate pain medication.

They also looked for scientific research on the use of medical marijuana to ease withdrawal symptoms.

Republican Gov. Susana Martinez vetoed legislation this year that would have added “opioid use disorder” to the list of eligible conditions for medical marijuana.

Joanna Katzman, executive medical director at the University of New Mexico Pain Center, said it is not clear if limiting post-surgery opioid prescriptions can reduce overdose deaths, though several states have made that change.

“I’m interested in legislation that would make Narcan available just like contraceptives in the state,” Stefanics, referring to a brand-name antidote.

Trump’s commission on the opioid crisis called on Wednesday for more drug courts, more training for doctors, and penalties for insurers that refuse to cover addiction treatment.            /kga