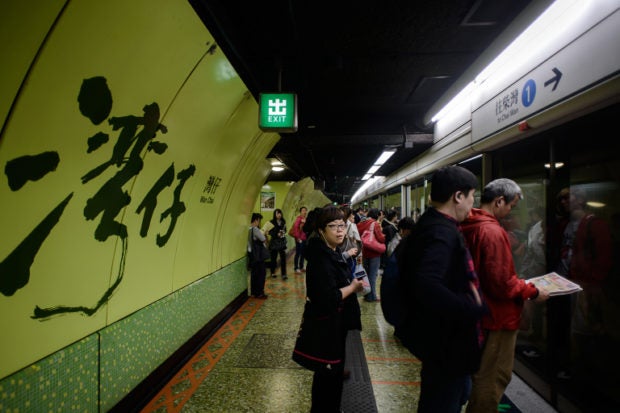 Hong Kong has emerged as the world leader in public transportation in a new sustainability index that ranks the best cities for urban mobility.

In the 2017 Sustainable Cities Mobility Index, published by design, engineering and consultancy group Arcadis, analysts looked at the overall performance of mobility systems in 100 cities around the world.

Thanks to an innovative, well-connected, modern, efficient metro network, and high ridership rates, Hong Kong claimed the top spot on the list.

But by region, the results of the index reveal that Europe boasts the best public transit in the world, as European cities take up seven of the top 10 spots.

After Hong Kong, rounding out the podium are Zurich and Paris.

Researchers credit Europe’s performance to an already established and well-used metro network (think London’s underground) strong biking infrastructure in cities like Amsterdam and Copenhagen, and high shares of commuters who use public transport.

North America doesn’t make an appearance until 23rd spot, thanks to New York. Overall, researchers note that while some metropolitan cities enjoy well-funded and comprehensive transport systems, many other cities across Canada and the United States run on underdeveloped public transport systems, and rely excessively on private cars.

Like North America, Australian cities also sit in the middle of the overall index due to weak public transportation infrastructure.

Meanwhile, the bottom of the index is predominantly made of up cities in the Middle East and Africa such as Jeddah, Amman, Riyadh and Kuwait City, where public transit is poor and roads congested and polluted.

Here are the top 10 cities on the Sustainable Cities Mobility Index 2017:

Taiwan: An island for wishing