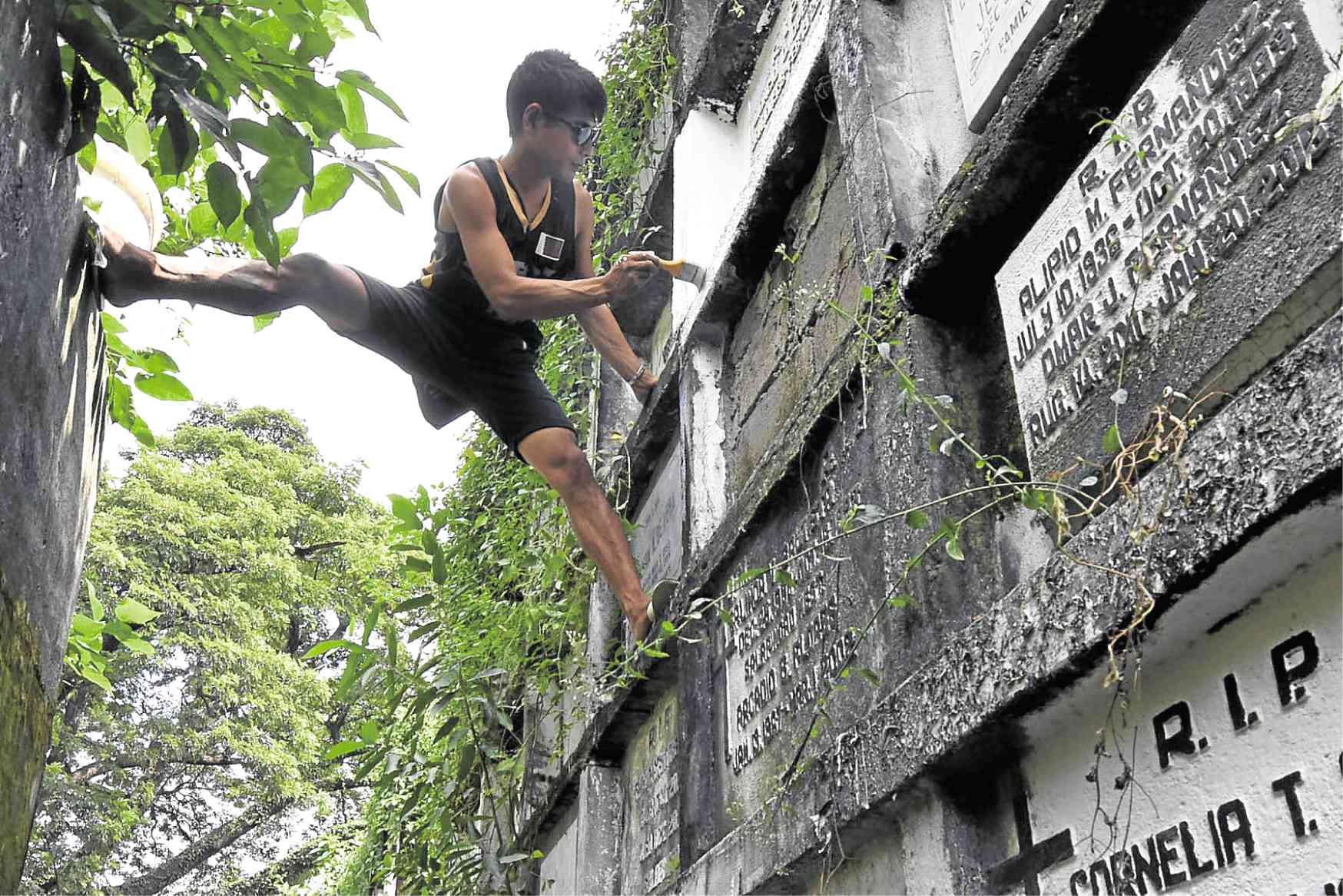 A man paints a tomb in the Catholic cemetery in Dagupan City. In Pangasinan, many children grew up hearing stories about the dead and underworld creatures on the eve of All Saints’ Day.

VILLASIS, Pangasinan — Long before local children adopted the practice of trick or treat on All Saints’ Day, they enjoyed storytelling sessions about the dead and the underworld creatures like “aswang” and “tikbalang.”

This was done on the eve of Nov. 1. Just before the children went to sleep, they would huddle around their parents who read them stories from a booklet titled “Inpanbilay.”

“Inpanbilay” is a Pangasinan word for “the way they lived,” but the booklet is actually written in Ilocano, and the stories are sometimes accompanied by a parent singing melancholic tunes, said Virgilio Maganes.

“They were hair-raising stories, and in the 1960s when nights were quiet in the villages, especially before All Saints’ Day, the stories seemed scarier than they perhaps were. But sleeping alongside our parents somehow chased away the fear,” he said.

Maganes, 58, who lives in a village where five cemeteries are located, can still hum the tunes of the Inpanbilay stories, but could no longer recall the words.

No more copies of the booklet exist; many have been lost to floods. Maganes said many houses had booklets, but no one could recall who compiled and published these stories.

After the night of storytelling and on All Saints’ Day itself, the children would tag along with their elders to visit the graves of family members and relatives at the cemetery.

Then the children would go around the houses in the neighborhood for the “pangangaluwa.”

“This usually happened when it was starting to get dark. We would say, ‘kararwa apo’ and we were served native cakes and ‘miki,’ the town’s version of Chinese noodles. Before we could leave, we sang ‘pantawtawag, kutikuti,’ a song asking lost souls to leave the earth,” Maganes said.

“We did not have the scary costumes worn by children today during trick or treat games that were adopted from western countries. We just wore ordinary clothes,” he said.

Some naughty neighbors, adults and children alike, would use All Saints’ Day to steal a chicken or an egg from nests, which were usually kept under the house.

Once owners discovered the loss, they would merely shrug their shoulders and say they were victimized by “pangaluluwa.”

Maganes also said a brass band would play elegies for those who were willing to pay for a performance.