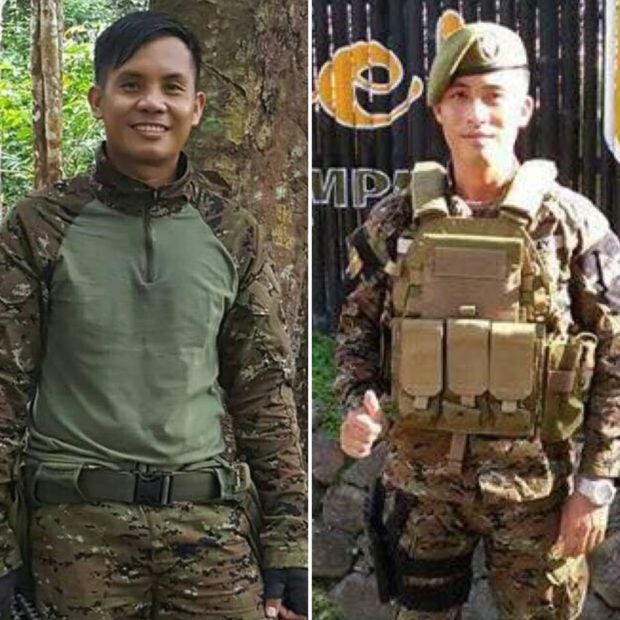 The Armed Forces of the Philippines paid tribute to the 165 fallen soldiers and policemen who did not make it home after the five-month siege in Marawi City.

“There were many stories of gallantry and heroism that we witnessed in this conflict that showed the true courage and dedication of our troops to protect the lives of not only the Filipino people and their loved ones, but even their comrades,” AFP spokesperson Maj. Gen. Restituto Padilla said in a statement for All Soul’s Day.

Captain Sandoval: Leave no men behind

Captain Rommel Sandoval, company commander of the 11th Scout Ranger Company, fought with the promise he would not let any of his men die, Padilla said.

During a mission to retake an abandoned building, one of his troops got wounded and got trapped in the middle of fighting. But Sandoval was determined to bring his wounded comrade to safety.

“Without hesitation, he went to get the wounded soldier but in the process got hit by enemy fire…Using his body, he covered the soldier from the overwhelming enemy fire preventing the bullets from further injuring his troop,” Padilla said.

Sandoval was the highest ranking officer to die from the fighting.

Second Lieutenant Harold Mark Juan of the Army’s Special Forces was already wounded in action, but chose to return to the main battle area. He was later killed by a sniper fire.

He was gone too soon and never got to marry his fiancé whom he promised to marry after the war.

“These are just few of the stories of heroism that soldiers have done while performing the mandate to serve the people and secure the land,” Padilla said.

The battle for Marawi was the bloodiest and longest urban war in Philippine history. It displaced nearly 500,000 people, and also left about 900 terrorists and 45 civilians dead. /je