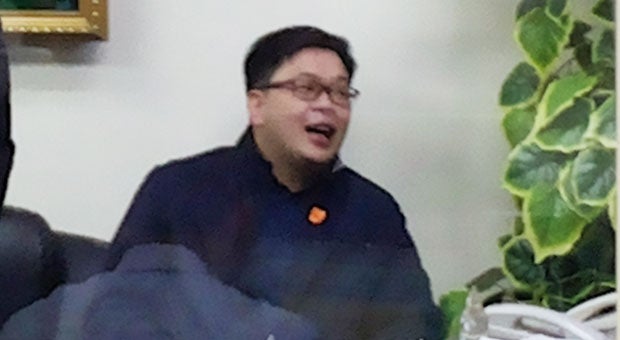 Businessman Davidson Bangayan on Monday asked the Department of Justice (DOJ) to dismiss the criminal complaint filed against him by the National Bureau of Investigation (NBI).

Bangayan is facing a complaint for monopolies and combinations in restraint of trade under Article 186 of the Revised Penal Code (RPC); bid fixing, as penalized under Section 65 of Republic Act No. 9184 (Government Procurement Act); using fictitious name or concealing true name, as penalized under Article 178 of the RPC; and violation of Commonwealth Act No. 142, as amended by RA No. 6085.

He was included in the complaint being the alleged “David Tan,” the person identified by authorities as involved in rice smuggling.

But Bangayan, in his counter-affidavit, denied that he is ‘David Tan.”

“I am categorically denying that I am ‘David Tan’ who supposedly was the ‘financier’ of certain cooperatives. My name is Davidson Bangayan. I was born out of wedlock to my parents Victoria Bangayan and Dy Ting Ham. Considering my illegitimacy, I am using my mother’s surname in all my personal and business dealings,” Bangayan said in his 23-page counter-affidavit.

“There is no evidence that I represented myself as David Tan,” he added.

“Indeed, without any new competent and credible evidence, the complaint which two years ago lacked evidence, remains the same – that is, still lacks evidentiary support,” he said.

Neither can he be held liable for bid fixing by pointing out that he “did not directly nor indirectly participate in the NFA (National Food Authority) bidding.”

“To be sure, complainant failed to even specify, much less allege, how my being the purported ‘financier’ could have ‘stifled or suppressed’ competition and produces a ‘disadvantageous result to the public.’ If it is true that competition was stifled and suppressed, then losing bidders would have already complained about it,” he said.

Next hearing is set on Nov. 20 where the NBI is required to respond to Bangayan’s counter-affidavit.