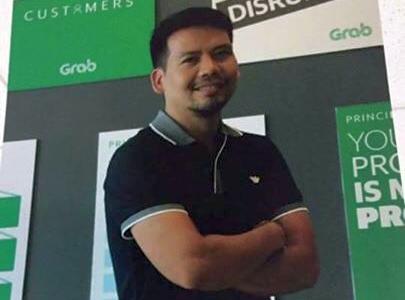 A Grab driver who went viral months ago for helping out a sick passenger was killed by a gunman who pretended to be a passenger, bringing with him the victim’s car on his escape.

Gerardo Maquidato Jr., lauded by the transport network vehicle service (TNVS) as one of its “best drivers,” was shot dead on Bonanza Street, Barangay 189, Don Carlos Village in Pasay City on Thursday evening by a lone assailant.

According a report by case investigator PO3 Henry Manong, Maquidato sustained a lone gunshot wound in the back of his head. The slug exited through his left eye.

The silver Toyota Innova with conduction sticker YV 7109 was also carnapped by the suspect on his escape.

A witness told the police that he was on Bonanza Street, Don Carlos Village at 7:45 p.m. on Thursday when he spotted a parked Innova with a broken front passenger window.

He thought it was a case of a parked vehicle being vandalized until he saw a man in a white shirt pull out the body of a bloodied man in the driver’s seat.

The man dumped the body on the pavement and drove away in the Innova. The incident was captured on a closed circuit television camera.

He said they were still waiting for Grab to forward to them the information of Maquidato’s last passenger and the other bookings he received on that day.

In a statement, Grab said it mourned for the “needless and untimely death of one of our best driver-partners.”

“Grab condemns this sensless murder and is alredy collaborating authorities to esnure that justice will be served and perpetrators will be put behind bars,” it added.

According to Grab, it has reported at least six confirmed incidents of carnapping perpetrated by criminals pretending to be legitimate passengers.

It said it had started cooperating with Task Force Limbas of the Philippine National Police-Highway Patrol Group.

Fearing for the security of other drivers, Bryan Cu, Grab PH country head, said the firm’s officials were still in talks with the Land Transportation Franchising and Regulatory Board (LTFRB) to implement a “know your customer” scheme for its riders.

This includes asking passengers to take a photo of themselves with a government issued ID.

He also said they were in plans to subsidize the cost of dashboard cameras of its drivers and put trackers on their cars.

“Grab is doing what it can to support its Grab partner drivers and ensure safety on the road,” he said on his Facebook video.

In October last year, Maquidato was recognized as one of its best drivers after he gave a free ride to a sick passenger.

On her Facebook post, Divine Lactao Ornum said she booked a GrabCar for her sister Prima, who was on her way to Quezon City from Pasay to pick up bags of blood for her dialysis.

Maquidato did not ask for any payment for the trip. The post went viral and the Grab driver was praised of more than 100,000 people.

On Aug. 22 last year, Prima died of complications due to diabetes. But Maquidato’s kindness for the Ornum family was not forgotten.

In another post on Friday, Ornum said Maquidato even volunteered his car to ferry attendees of Prima’s burial.

‘Sis will thank you in heaven’

During the awarding in October, Maquidato invited Ornum’s family to share his award with them. The driver even gave some of the freebies he received to Ornum’s relatives.

Come Christmas last year, Maquidato went out of his way and returned to Ornum’s house and gave Christmas gifts to her children relatives since Grab had given him his bonus.

Ornum also called for justice for Maquidato’s death and help be extended to his family.

“Kuya Gerardo, may you rest in peace,” Ornum said. “I hope that you meet my sister [in heaven] where she can finally thank you.” /atm 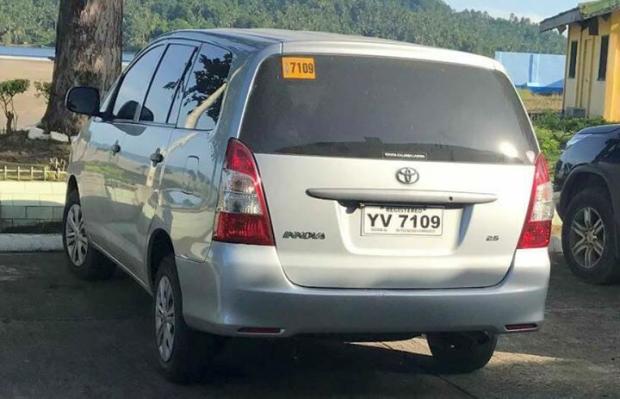