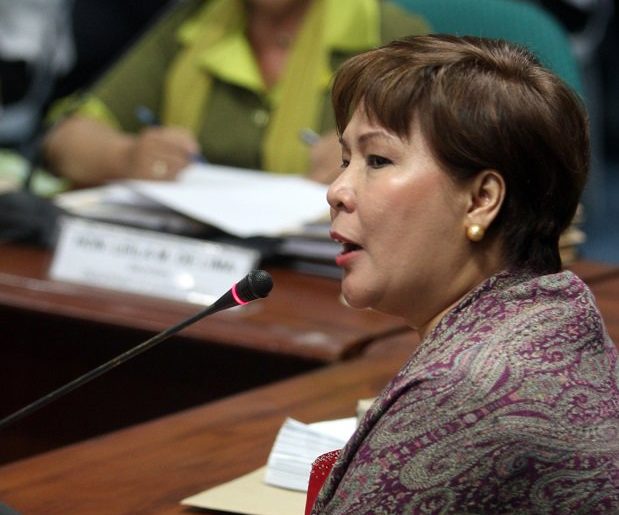 Sandra Cam is in the news again.  NINO JESUS ORBETA/INQUIRER

CALAMBA CITY—A three-vehicle convoy of former “jueteng” whistle-blower Sandra Cam is poised to spend the night—or even a month—outside the private Ayala Greenfield Estates here where she claims ownership of a 6-hectare prime lot.

Cam, who several months ago reportedly blew her top when she was refused VIP treatment at Ninoy Aquino International Airport, was here along with her counsel Zaldy Balbin and bodyguards since 9 a.m. Friday but was barred from entering the Ayala property.

The Ayala management blocked the entrance gate with a firetruck. Cam said this was after one of Ayala’s security guards, a man in civilian clothes, told them: “You don’t want to go away, let’s see.”

The Ayala security guards, however, refused to say why Cam’s convoy was barred or why the need to put a firetruck. They said they were not allowed to give any statement to the media.

“We are just actually exercising the full ownership and absolute authority (over the property). According to them (guards), that’s their prerogative (to refuse access, but) as far as we’re concerned, that’s our titled property kaya nagkakaroon kami ng deadlock,” Balbin said.

Cam said this was not the first time she was refused access inside the estates in Barangay Maunong. Last month, she also visited the property but was given the runaround by the Ayala management.