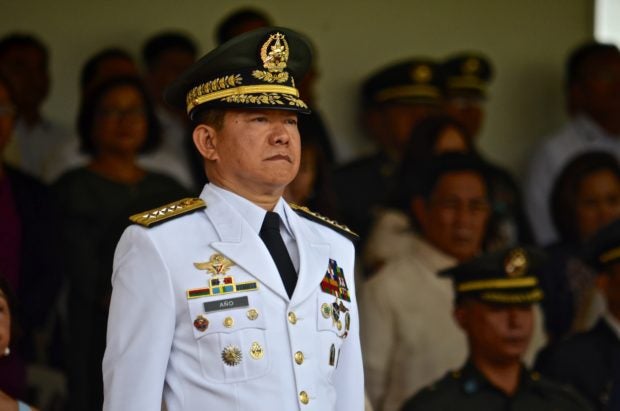 Retired Armed Forces of the Philippines (AFP) Chief of Staff Gen. Eduardo Año as undersecretary of the Department of Interior and Local Government (DILG).

President Duterte has formally designated Gen. Eduardo Año as undersecretary of the Department of the Interior and Local Government (DILG) following his retirement as Armed Forces of the Philippines chief of staff.

Mr. Duterte wants Año to head the DILG, but he can’t serve as its secretary because the DILG act prohibits retired or resigned military officers from being appointed secretary within one year from the date of his retirement or resignation.

The President earlier said that Año could assume the rank of undersecretary, but serve as officer in charge of the DILG.

Año was announced to be the next DILG secretary as early as May and was even supposed to retire early to take over the post.

But the conflict in Marawi delayed this move, since Año had to oversee military operations. —LEILA B. SALAVERRIA