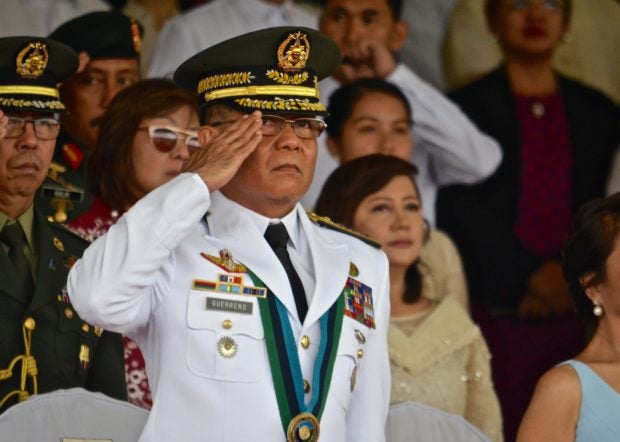 President Duterte may extend the term of newly installed Armed Forces chief of staff Lt. Gen. Rey Leonardo Guerrero who is due to retire in less than two months.

At a chance interview on Thursday after Guerrero’s installation to the top military post in Camp Aguinaldo, Defense Secretary Delfin Lorenzana told reporters that the extension was likely pointing out in Filipino, “What can he do in two months?”

Guerrero is due to retire from the military service on Dec. 17.