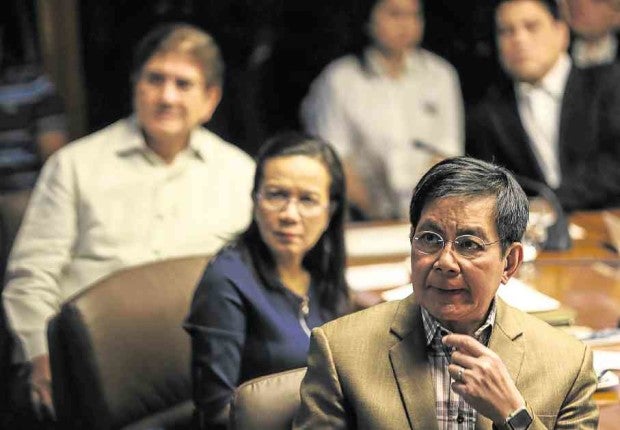 “For me, not only probably because I know senators Drilon and Roxas too well, but also it is hard to believe the words of a rival drug lord of Odicta who cannot anymore confirm or deny that statement,” Lacson said in a statement on Friday.

Lacson was referring to drug lord Melvin Odicta of Iloilo, who was killed together with his wife last year in Aklan.

Aguirre said Serenio had submitted last October 18 before the La Carlota City prosecutor’s office in Negros Occidental an affidavit purportedly indicating the alleged links of Drilon and Roxas to the drug trade.

He said the Department of Justice may treat Serenio’s affidavit as a complaint, and use it as basis for the agency’s preliminary investigation on the matter.

The LP has denied and condemned Aguirre’s accusations, saying the government should not divert attention from the investigation on the P6.4-billion drug smuggling scandal at the Bureau of Customs and the mounting death toll of the government’s violent crackdown against drugs.