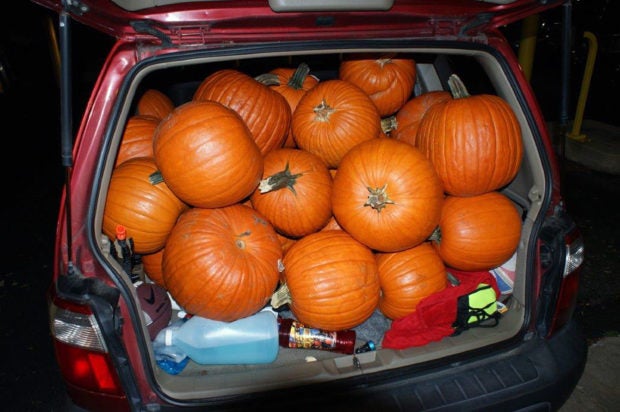 MARYLAND HEIGHTS, Mo. – Police caught three teenagers “orange-handed” with 48 stolen pumpkins and one gourd, and asked residents of a St. Louis suburb to view a “pumpkin lineup” online to see if their Halloween squash were among those recovered.

The St. Louis Post-Dispatch reported that pumpkins began vanishing last week from subdivisions of Maryland Heights. Police quickly tracked down the boys and their pumpkin-crammed vehicle that Capt. Scott Will said was “top-to-bottom orange.”

The next day, officers snapped a picture of the abducted decor and posted it on Facebook.

According to Will, police had been “inundated” with people coming to track down their Halloween pumpkins. None of the pumpkins were carved.

However, about a dozen squash remained unclaimed on Tuesday.

Police said two 18-year-olds were charged with misdemeanor for stealing, while a 16-year-old has been referred to juvenile court.    /kga