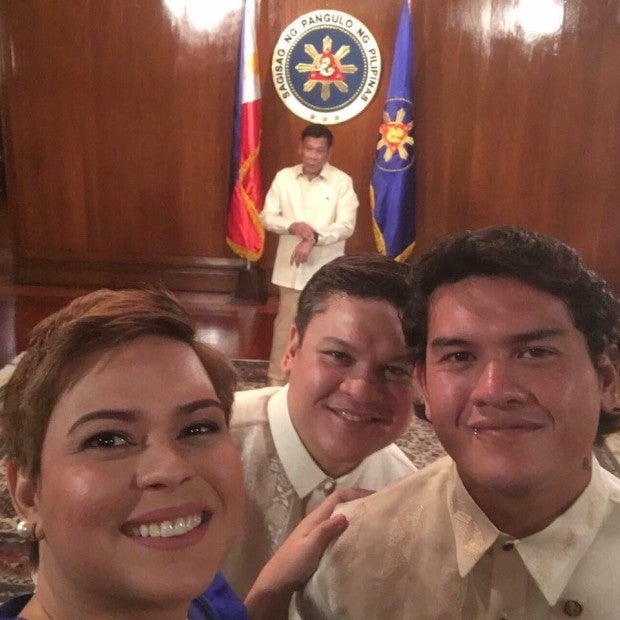 Sara had announced she would not seek re-election and would instead pursue the seat that three-term Davao City 1st District Representative Karlo Nograles would be vacating.

But Paolo said he will not seek the city mayor’s post in the mid-term elections.

Instead, he said that he was retiring from politics.

“When Mayor Sara announced that she will file for a congressional seat in the 1st District, everybody’s asking me where I am going,” Paolo told reporters here.

But he said he had made up his mind and that he would be retiring from public service.

“If you will ask me where will I go, I will be going back to farming,” he added.

Duterte said his brother in law, lawyer Manases Carpio, was the likely contender for mayor.

He said it will still be a Carpio and Duterte tandem at city hall but that Duterte would not be him.

“It will still be a Carpio-Duterte tandem – the mayor and vice mayor but definitely, I will not be me,” he said.

Paolo said the family was still talking to “a Duterte,” who will be Carpio’s running mate.

Pressed as to who the other Duterte was, he said it was his brother Sebastian, popularly known was Baste.

Carpio, Sara’s husband, was very qualified to lead the city with his background in the law profession, Paolo said.

Sebastian, on the other hand, had never been elected to any political position.

President Rodrigo Duterte said Sebastian loves to party and meet celebrities. Sebastian, the youngest of the President’s children with his former wife, Elizabeth, was also a rock musician.

Paolo said he had enough of politics and wanted to focus more on his family and to concentrate on his small farm.

He lamented that politics had affected his family so much, particularly with the issues that his family’s political enemies such as Senator Antonio Trillanes, had been hurling him.

Paolo once recounted how his daughter, Sabina, cried because of the allegations against him.

Trillanes said Paolo was behind the so-called Davao Group, which was involved in smuggling. He also claimed the vice mayor was a member of the international drug syndicate Triad and had amassed millions in ill-gotten wealth.

Paolo had repeatedly denied the allegations and even challenged Trillanes to show solid evidence.