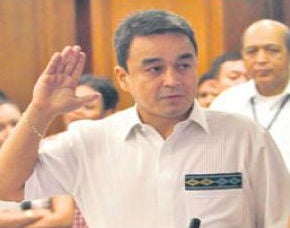 The House of Representatives’ committee on dangerous drugs has asked the committee on appropriations to transfer the P900 million budget of the Philippine National Police (PNP)’s anti-drug campaign “Oplan Double Barrel” for year 2018 to the Philippine Drug Enforcement Agency (PDEA) as operating funds.

Barbers said his request was prompted by President Duterte’s recent directive designating the PDEA as the ‘sole’ law enforcement agency in the government’s war on drugs.

President Duterte recently issued an order making the PDEA the lead agency in the government’s anti-drug war after the PNP received heavy criticism for thousands of drug war killings.

“May I request, if possible, that the P9 million budget intended for Oplan Double Barrel of the PNP, be transferred and allocated instead to the 2018 operating budget of the PDEA, during the bicameral conference of the 2018 national budget,” Barbers told Nograles in the letter.

“As the sole agency of the administration’s top priority, PDEA must have the necessary equipment, training and logistics to combat illegal drugs,” he said.

“By providing them (PDEA) with ample budget, I am positive that this war on drugs will soon be sustained,” he added.

Aquino said the additional budget would prioritize the hiring and training of 1,605 more operatives. The PDEA only has 1,041 operatives nationwide. /cbb