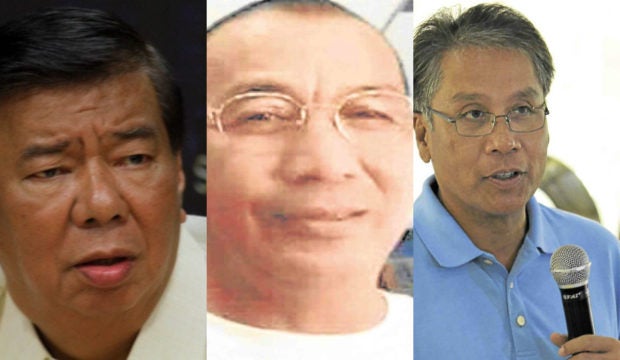 The affidavit submitted by a drug personality in Iloilo tagging two Liberal Party stalwarts as a drug protector in his province will be treated as a complaint, Justice Secretary Vitaliano Aguirre II said.

Odicta Sr., a suspected drug dealer, and his wife were shot dead in August last year at the Caticlan Jetty Port in Aklan.

Aguirre clarified that he can no longer order the National Bureau of Investigation (NBI) to conduct further investigation or do a case build-up since President Rodrigo Duterte already gave the Philippine Drug Enforcement Authority (PDEA) sole authority to conduct anti-drug operations.

But since Serenio’s affidavit has been submitted to the prosecutor, “a preliminary investigation can be conducted since the affidavit could serve as a complaint.”

INQUIRER.net contacted the office of Drilon but his staff said he’s out of the country but said they will bring it to his attention.