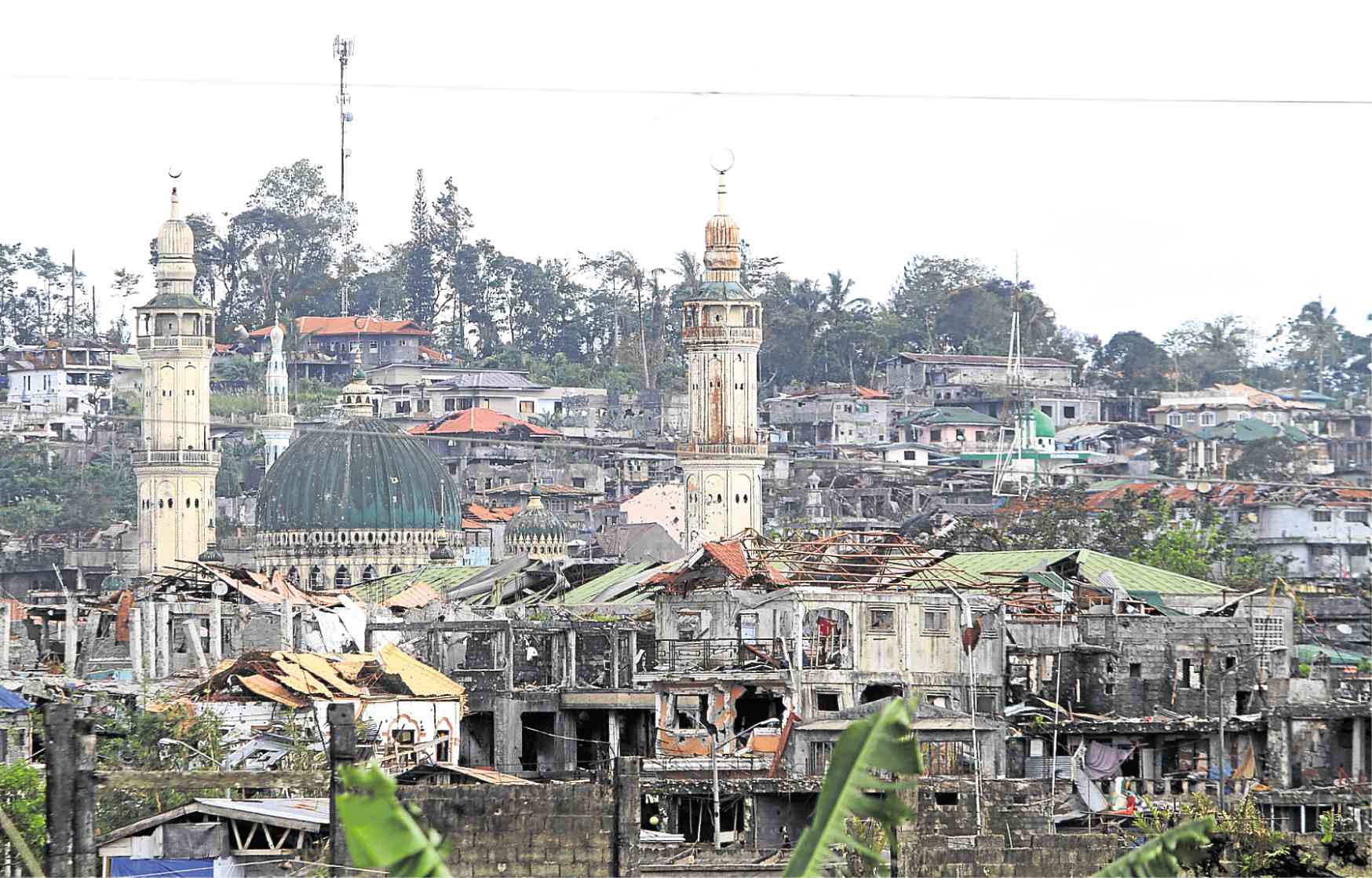 Marawi officials appeal for help as they prepare to rehabilitate the city following a five-month fighting between government soldiers and terrorists. —RICHEL V. UMEL

MARAWI CITY — The task of clearing the city of debris and the demolition of buildings severely damaged by the battle between government forces and Islamic State-inspired militants would not just be physically challenging but would also be emotionally difficult for residents, Mayor Majul Gandamra said.

“Emotionally, it’s very hard for us to see the ruins and destruction left by the atrocities committed by the militant group,” Gandamra told the Inquirer.

He said the destruction would remind them “of how my people suffered during the five-month ordeal.”

The military stopped all combat operations in Marawi following a final battle with terrorists on Monday, exactly five months after members of the Maute terror group and Abu Sayyaf laid siege to the city.

Gandamra said they expected the destruction to be massive in areas where the heaviest firefights occurred — the 24 villages that terrorists held for the past five months.

“It will definitely take us a long period … to fully reconstruct Marawi and make it livable, especially the war-torn (areas),” he said.

Villages like Mapandi, Bangolo, Raya Madaya and Dansalan were among the main battle areas that came under heavy aerial bombardment during the fighting.

Gandamra said clearing the city of debris could not be done without the aid of heavy equipment.

“High-tech heavy equipment are necessary, especially in the demolition process and the proper collection and disposal of debris,” he added.

Col. Romeo Brawner Jr., deputy commander of Joint Task Group Ranao, said the cleanup of villages mostly affected by the fighting could take place after the military had completed its mopping up operations and recovery of
unexploded ordnance, improvised explosive devices, booby traps and firearms that terrorists left behind.

“We cannot put the lives of those working for the recovery of cadavers in danger,” he said.

Brawner added once all clearing, recovery and cleanup activities had been completed, the actual rebuilding of the city could start. —Divina Suson, Richel Umel, and Allan Nawal