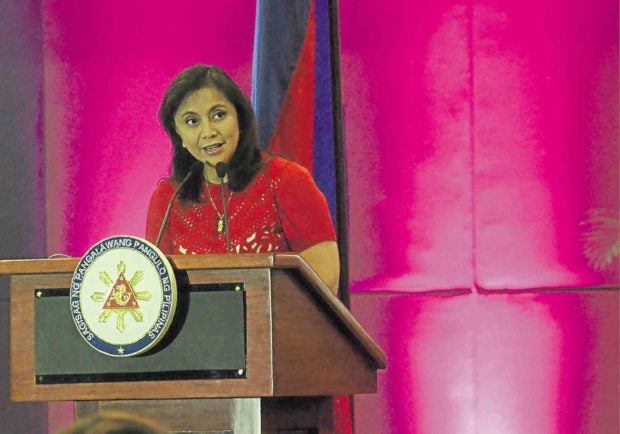 The ruins of Marawi City ought to be preserved as a reminder that there were heroes who fought for the people and lessons to be learned from a terrorist attack, Vice President Leni Robredo said on Tuesday.

At the same time, Robredo said the government must take into consideration the “voice” and the culture of the people of Marawi as the city’s rehabilitation begins, following its liberation from Islamic State-inspired terrorists.

“We hope [the ruins] will be preserved because they will serve like a monument for the bravery of our soldiers and the residents of Marawi,” she said.

She said preserving the ruins in Marawi would serve as a “lesson and a warning” on terrorism and conflict to avoid a repeat of the bloody siege.

According to Robredo, a team from her office is set to visit Marawi today to coordinate with the rehabilitation team. —Nikko Dizon