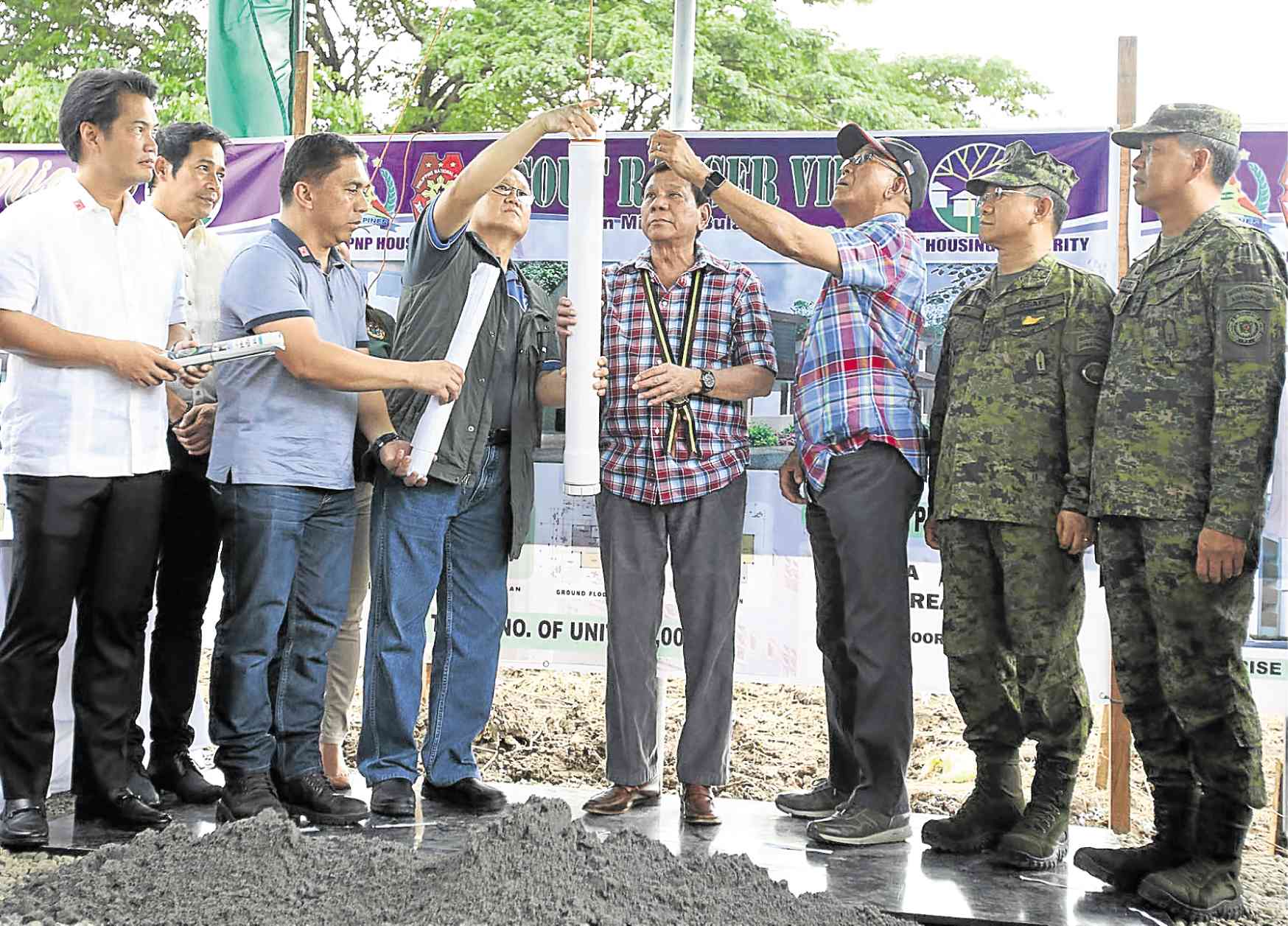 The National Housing Authority (NHA) said idle housing units originally meant for soldiers and policemen would be given to the poor and other beneficiaries once a law was passed allowing the agency to redistribute these government assets.

“The redistribution can only take place once there is a law allowing us to redistribute,” Elsie Trinidad, NHA spokesperson, said in a press conference in the agency’s central office in Quezon City on Monday.

“This is because the funding [for the Armed Forces of the Philippines/Philippine National Police Housing Project] comes from the [General Appropriations Act]. Technically, we’re not just allowed to dispose [of the units for other beneficiaries] unless there is a new law…allowing us to redistribute,” she said.

The urban poor group Kalipunan ng Damayang Mahihirap (Kadamay), whose members occupied some 2,000 units in a government housing project in Bulacan province in March, continued to press for the housing agency to prioritize “those most in need” in the redistribution.

On Oct. 4, the House of Representatives approved on third reading House Joint Resolution No. 15, which authorized the NHA to “award to other qualified beneficiaries” the unawarded, unoccupied and surrendered, and canceled housing units otherwise meant for military, police, fire, jail and prison personnel.

The Congress resolution, in pushing for the redistribution, cited data from the Department of Budget and Management that as of March 31, only 8,240 units were actually occupied of 62,308 units completed and 52,892 awarded under the NHA’s AFP/PNP Housing Project, a program started under the administration of former President Benigno Aquino III in 2011.

Trinidad said possible beneficiaries were not just limited to Kadamay but also to other housing applicants.

During the press conference, Susan Nonato, AFP/PNP Housing Project head, said no beneficiary from among uniformed personnel had surrendered their claims to the housing units.

Nonato said most of the time, the award to the unit would be canceled by the housing board because the beneficiary did not occupy it by the time a “moving-in” inspection was conducted by housing authorities.

“But they don’t turn them down. In fact, they end up [belatedly] chasing after them,” Nonato said in Filipino.

Nonato said to date, 63,709 units were “fully committed” under the AFP/PNP program, with 60,265 units already awarded. The rest was subject to a “prequalification validation” of beneficiaries.

Around 10,000 units have been “reserved” for priority distribution to kin of uniformed personnel killed or to personnel wounded on duty who have applied for units under the housing program.

Nonato said applications were mounting after “new designs” to the units, including the expansion of the floor area from 40 to 60 square meters were presented and duplex-type models were introduced under the Duterte administration.

There are already 10 AFP/PNP housing sites for development under the present administration, the latest of which was unveiled in Barangay Calumpang in San Miguel town, also in Bulacan, on Oct. 11. The site will be for the exclusive use of Scout Rangers.

In a statement, however, Kadamay said Congress’ resolution noted that the units to be redistributed were intended for the use of “other government employees, public school teachers, barangay officials and the lowest of income earners.”

“We call for the use of all idle housing for the poorest and homeless, including those built for ISF (informal settler families) that have been left to rot for so long. However, this will solve only a portion of the problem. The government must enact a genuine mass housing program that caters to housing rights of the people for decent and affordable shelter,” Arellano said.