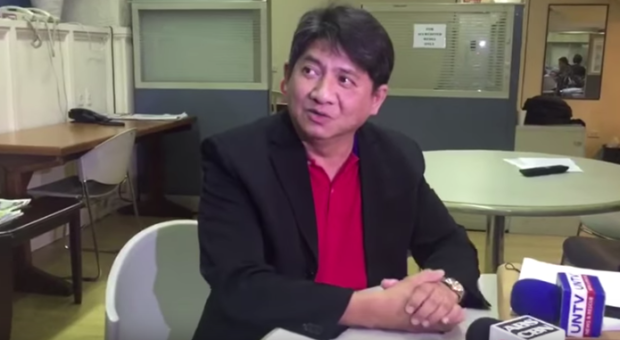 A transparency watchdog previously tagged by lawyer Lorenzo “Larry” Gadon as “yellow propaganda” decried respect as they denied his allegations on Tuesday.

“Wala po kaming kinaaniban na anumang kulay-pulitika. Hindi rin kami nanghihimasok sa mga political propaganda at higit sa lahat, wala kaming pinapaboran na sinumang pulitiko. Ang adhikain ng FATE (Filipino Alliance for Transparency and Empowerment) ay para lamang tumulong sa pagtuwid sa baluktot na sistema sa lipunan at nagsusulong ng karapatan ng mamamayan para sa ikabubuti ng pangkahalatang interes ng sambayanang Pilipino,” FATE said in a statement.
(We are not allied with any political color. We are not interfering with political propaganda and, most of all, we are not favoring any politicians. The advocacy of FATE is to help correct the wrong in the nation’s system and to advance the rights of our people for the good of everyone.)

“Para po sa kabatiran ng lahat, matagal nang nagsisiwalat at lumalaban ang FATE sa mga katiwalian sa pamahalaan (For the benefit of all, FATE has been here for the longest time exposing and fighting what is wrong in government),” it said.

“Dati na naming binigyang pansin ang alegasyon ng midnight resolution sa Department of Justice; Justice for Sale sa Court of Appeals at rice smuggling sa pantalan ng Maynila (We have been giving attention to various allegations of midnight resolution in the Department of Justice; Justice for Sale at the Court of Appeals and rice smuggling at the port of Manila),” it added.

In a statement on Sunday, FATE said “an obviously seen hand is manipulating” the upcoming impeachment hearing against Sereno, which they branded as “nothing but a kangaroo court set up by a vindictive politician in Congress.”

Gadon downplayed the group’s statement as “bogus propaganda of the yellow.”

“The yellows are good only for slogans and hypocritical acronyms, FATE? Who are they? Their comments do not matter, no one believes them except the brainwashed and indoctrinated yellows,” he said. /jpv