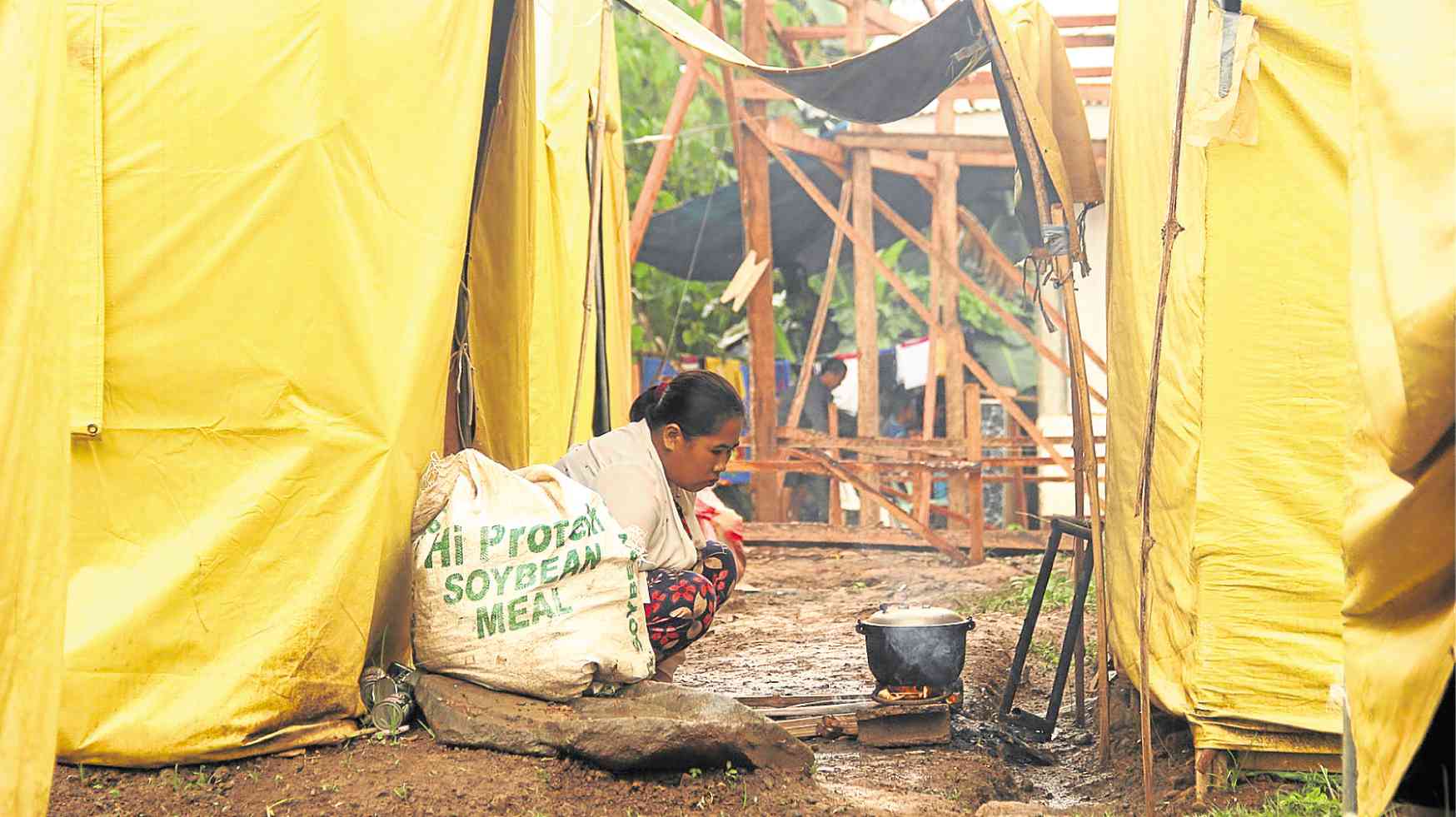 FAR FROM HOME A woman in an evacuation center in Balo-i town in Agusan del Norte province, cooks rice for her family as she and other evacuees spend their day awaiting word from the government about their return to war-torn Marawi City.—BARRY OHAYLAN

“Tindeg Ranao fears that the issuance of IDs through the barangay chairpersons will further be politicized and may ostracize families, who are not supportive of the IDPs’ (internally displaced persons) current leaders and critical of President Duterte’s declaration of martial law since martial law will still be imposed alongside the rehabilitation of Marawi City,” Aida Ibrahim, spokesperson for Tindeg Ranao, said in a statement.

Ibrahim said Tindeg Ranao believed that the imposition of an ID system would be “akin to previous policies under the ‘war on terror’ that in the past targeted Moro communities tagged as havens of terrorists such as Sulu, Maguindanao and even Moro communities in Manila.”

“It differentiates Moro from the rest of the communities and Marawi City from the rest of the country. The ID system will only further the marginalization of the Moros by treating us different [but] it will also constitutionalize the already existing discrimination and stigma about the Muslims in our country portrayed as violent people or terrorists where in fact we are only victims of systemic discrimination,” Ibrahim added.

Earlier, Col. Romeo Brawner Jr., deputy commander of the Joint Task Group Ranao, said the military and local officials of Marawi had agreed on the issuance of ID cards to residents to guard against terrorists and suspected criminals.

Brawner said identification documents would be based on census and voters’ data to ensure that those returning to Marawi villages were indeed residents.

He said that the certification of village officials would be equally important before an individual gets an ID card. The exact look of the card has not been discussed yet.

Marawi City Mayor Majul Gandamra said the idea was to make sure that those returning were legitimate Marawi residents.

Gandamra, however, rejected suggestions that it would be discriminatory against Muslims, noting that the ID system would be for all.

“Even officials themselves are not exempted from the ID system. We should all be cleared, Muslims or Christians, before we can return [to Marawi],” he told the Inquirer by telephone.

Gandamra said that those opposing the ID system were part of the discussion but none of them had challenged it.

“They were there, the civil society groups. They did not question it during the discussions,” he said.

Gandamra said that instead of issuing public statements, individuals or groups should make further recommendation on how to make things orderly.

“Help us make sure that those returning are indeed residents of Marawi. Tell us how to do it aside from the ID system and profiling,” he added.

Several evacuees told the Inquirer that they welcomed the issuance of ID cards.

“I think it would help us because it would ease our access to and from Marawi City,” Tarhata Mustari said.

But Ibrahim questioned the government’s priority, saying it had forgotten its responsibility of feeding the evacuees.

To this, Gandamra replied: “No evacuee had ever starved. We might have limited funds in so far as the city government is concerned but we make sure that people are eating on time.”