Trillanes lashes out at Malacañang amid treason allegations | Inquirer News

Trillanes lashes out at Malacañang amid treason allegations 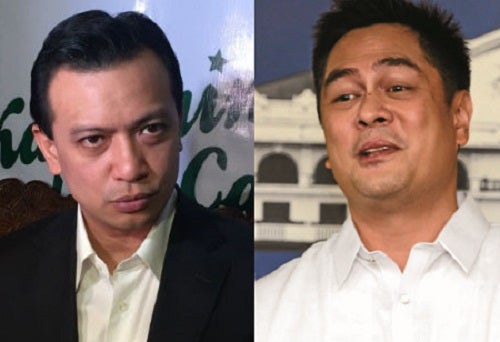 Senator Antonio Trillanes IV hit Malacañang on Monday after the Palace said claims that he committed treason should be investigated first before any conclusions could be made.

Some netizens criticized Trillanes on social media after he met with US Republican Senator Marco Rubio, who confirmed in a Twitter post that they discussed “protecting #human rights amid [the] narcotics crisis” in the Philippines.

Rubio previously criticized President Rodrigo Duterte’s war on drugs as he, together with two other US senator, sent a letter expressing “grave concern on the extrajudicial killings and human rights violations” in the country.

He then repeated murder accusations against Duterte.

On Sunday, Oct. 22, 2017, Communications Secretary Martin Andanar was asked in a radio interview whether Trillanes should be charged with treason.

Andanar told dzMM that “We have to study this first. It’s hard to make hasty pronouncements.”