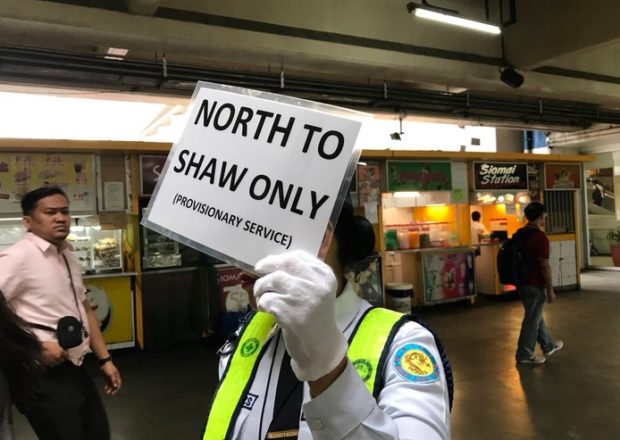 In its Twitter account, the MRT-3 said it implemented provisional service from North Avenue Station to Shaw Boulevard Station and vice versa as of 6:16 a.m.

A Radyo Inquirer 990AM report said the service interruption was prompted by a diaper hanging on the cable lines between Ayala and Buendia Stations.

MRT-3 resumed full line operation at 7:34 a.m. but a southbound train had to unload passengers at Shaw Boulevard station at 8:16 a.m. due to a door problem. /cbb