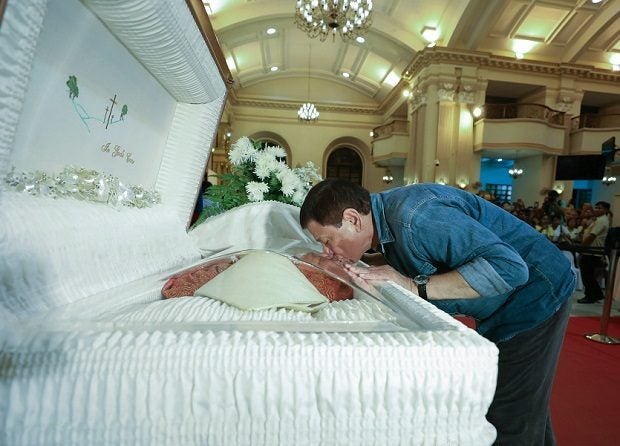 During his visit to the wake of Vidal at the Cebu Metropolitan Cathedral in downtown Cebu City past midnight on Monday, Duterte said he would sign an executive order declaring Oct. 26 a holiday.

The President arrived at the cathedral at 12:05 a.m. and was welcomed by Cebu Archbishop Jose Palma. He immediately approached Vidal’s younger brother Juanito Vidal who was waiting at the wake sitting on a wheelchair.

He walked up to the coffin of Vidal and stayed there for about two minutes.

Duterte also delivered a short speech in front church officials and people who had waited for his arrival since past 9 p.m. on Sunday. 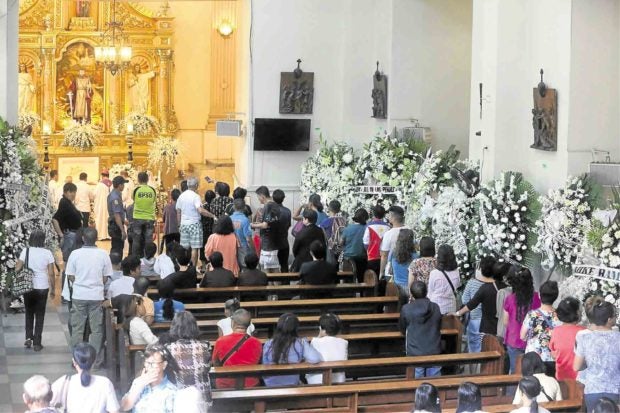 In his speech, he said he had a lot of documents waiting in his office in Manila earlier on Sunday but he had to leave. He just came from Bacolod City, Negros Occidental, to grace the culmination of the 38th MassKara Festival.

Palma thanked the President for taking time to visit the wake of Vidal who visited Duterte in Malacañang in July 2016 to bridge the gap between the Catholic bishops and his administration.

Presidential Assistant for the Visayas Michael Dino said he would get details about the pronouncement of the President on the declaration of a holiday.

He said they expected the declaration to be signed by Tuesday. /cbb