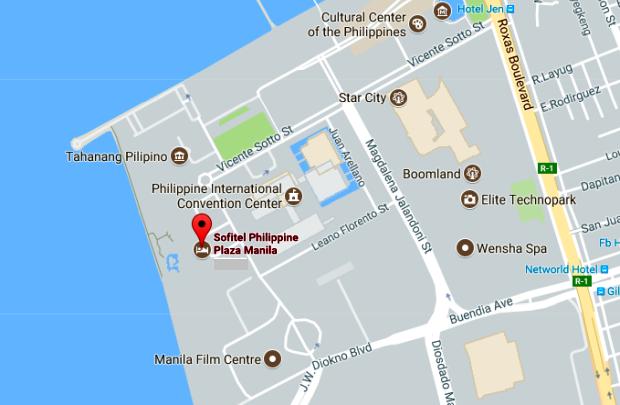 A man who introduced himself as a freelance journalist was arrested Saturday night for carrying an unlicensed handgun inside the Sofitel Philippine Plaza Manila hotel, a five-star hotel in Pasay where guests for the 31st Asean Summit and Related Meeting are staying.

Police held Jeffrey Datuin at the lobby of the hotel, which is inside the CCP Complex, at around 3 p.m. Saturday, after security personnel monitoring the X-ray scanning machine at the entrance detected an improvised (paltik) .22-cal. revolver.

When he was stopped by police officers deployed there as part of Asean security, the suspect voluntarily took out a green canister containing the revolver and and eight round of ammunition inside his backpack.

PO1 Adrian Jack Araneta, a member of the Makati City Police Station who is deployed as part of Asean security in the hotel, said Araneta did not know how the gun found its way in his bag.

The suspect said the gun was given by his uncle to his father. Datuin was not able to present proper documents for the revolver, which had no serial number.

The police officer said Datuin was accompanying his girlfriend, who had just took her oath as a licensed physician at nearby Philippine Internation Convention Center, also inside the CCP Complex, and her family who would be staying at the hotel.

Araneta said it would have been a “disaster” if the suspect had managed to slip his gun inside the venue where a number of functions of the Asean summit this year was scheduled.

He said the were closely securing at least 28 foreign ministers staying at the hotel.

Datuin introduced himself as a 24-year-old journalist working freelance for Net 25 TV station and a volunteer firefighter.

Datuin is currently detained at Pasay City Police Station, facing a charge for violating the Comprehensive Law on Firearms and Ammunition (Republic Act No. 10591). /atm