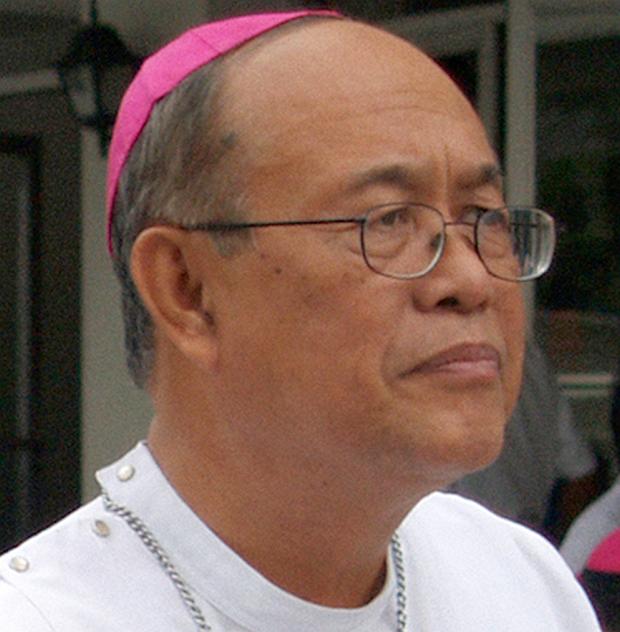 Rev.  Juan De Dios Pueblos, D.D., who served as bishop of the Diocese of Butuan for 22 years, died of a lingering illness at the age of 74 on Saturday.

As of Saturday evening, details of his death were not yet known. But Bishop Alberto Uy of the Diocese of Tagbilaran broke the news on his Facebook account: “SAD NEWS. Today, Oct 21, at 6.55 pm, Bishop Juan De Dios ‘DD’ Pueblos (a Boholano bishop) returned home to the Heavenly Father. May he rest in peace. Amen.”

On Sunday, Fr. Carlito Clase of the Diocese of Butuan added that Pueblos died of acute leukemia at the Cardinal Santos Hospital in San Juan, Metro Manila.

Clase said the bishop’s family in Bohol had asked the Diocese of Butuan to let his remains stay a few days in his ancestral home in Moto Sur, Loon town, Bohol before bringing him to Butuan.

Bishops are normally buried at the back of the diocesan cathedral.

Pueblos became controversial in 2011 when he received an SUV from the Philippine Charity Sweepstakes Office (PCSO) after he wrote then President Gloria Macapagal-Arrroyo requesting a vehicle for his 66th birthday.

At the height of the Duterte adminstration’s campaign against drugs, Pueblos urged the government to respect the judicial process when dealing with drug users and pushers.

Pueblos was born on March 8, 1943 in Loon and was educated at the Immaculate Heart Seminary in Tagbilaran and San Carlos Major Seminary.

He was ordained a priest on March 28, 1968 and spent the next 17 years serving in pastoral and educational assignments.

On April 29, 1985, Pope John Paul II, who is now a saint, appointed him auxiliary bishop of Davao.

Until his death, Pueblos was a member of the Catholic Bishops’ Conference of the Philippines’ (CBCP) Episcopal Commission on Family and Life and vice chair of the Permanent Committee on Public Affairs (PCPA). /atm