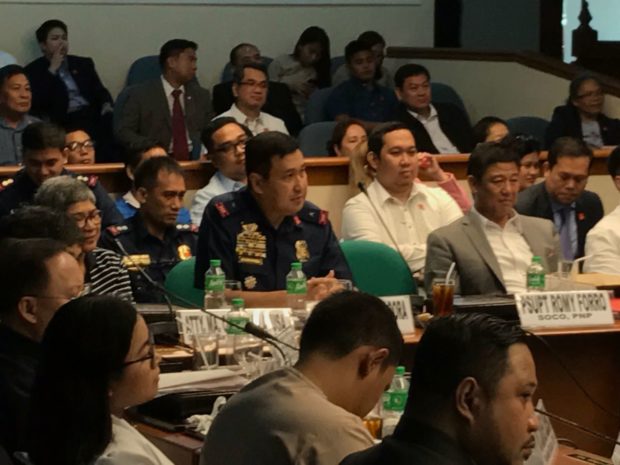 Citing the online exchange of messages by members of the Aegis Juris fraternity, police investigators believed there were attempts among fraternity brothers to “cover up” each other’s participation in the alleged hazing of Horacio “Atio” Castillo III.

“In light of the discovery of these messages, the objective of Aegis Juris was to cover up, conceal; to avoid and evade prosecution for this case,” Coronel said.

Some Aegis Juris fraternity members, who participated in the Facebook group chat, were present during the Senate hearing.

Among the details revealed in the chat messages was that fraternity members attempted to clean the Aegis Juris library of possible evidence, including the paddle used to hit Castillo, before the authorities could search the place.

In the conversations, the fraternity brothers maintained there was no injustice committed against Castillo and that his death was accidental.

The lengthy chats also discussed about calling for a meeting after Castillo’s death. One Gaile Dante Caraan said in the group chat that their “primary task (was) to reach out to the family para hindi na mag-ingay.”

They were also bent on communicating with Castillo’s family and reach a settlement. One fraternity member even expressed frustration that they are dealing with a “rich and powerful family,” referring to that of Castillo’s.

Senator Miguel Zubiri noted that in the group chat, a Ronald Cheng, a member of Aegis Juris fraternity who was a Supreme Court (SC) employee, conducted a “reconnaissance” near the Aegis Juris library to check if the area would be captured by closed-circuit televisions (CCTVs).

Senator Panfilo Lacson, chair of the Senate panel of public order, then directed the Manila police to authenticate Cheng’s identity so the SC could conduct a motu proprio investigation on its employee.

The members were likewise discussing how to evade and deny allegations in case they will be summoned by the authorities for questioning about Castillo’s death.

Further, the chat revealed the urgency to hold the meeting as fraternity member Marvi Rosero Abo asked his fraternity brothers to move the meeting at an earlier time because “every second counts.”

“I understand that we have personal commitments but the life and liberty of our brods are on the line. We are moving too slow and talking too much without any concrete place. The student brods are not just our concern here but their parents as well,” Abo said.     /kga