LTFRB: Some jeepney drivers were forced to join transport strike 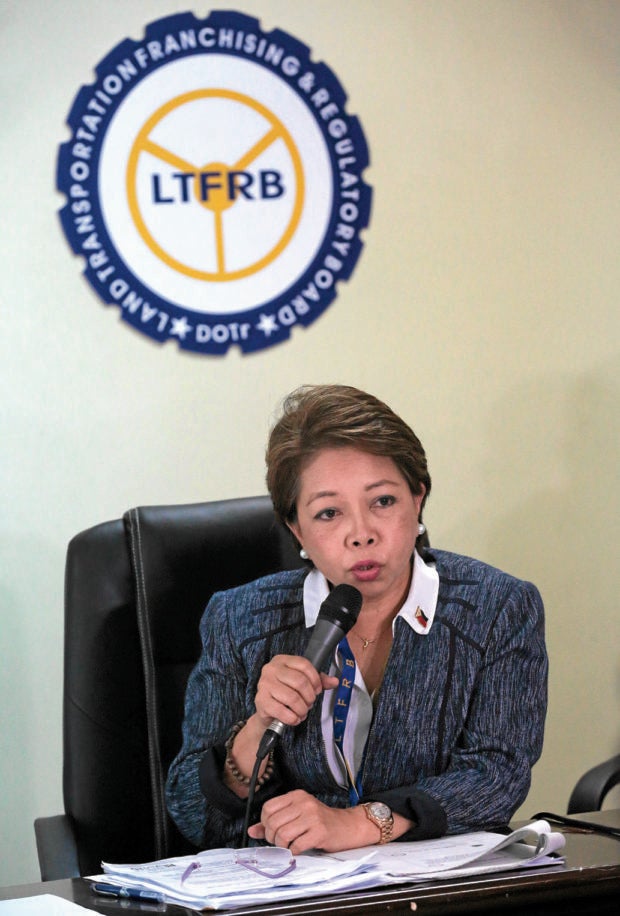 While transport group Piston claimed to have nearly paralyzed the country’s transport system on the first day of their two-day nationwide strike on Monday, the Land Transportation Franchising and Regulatory Board (LTFRB) said that it only had minimal effect that the group even had to resort to harassment and coercion.

LTFRB board member Aileen Lizada said that they have received reports from different jeepney drivers and operators who didn’t join Piston’s strike Monday that they were either being blocked from their trips or forced not to ply their routes.

In E. Rodriguez Avenue in Quezon City, Lizada said the drivers complained to them that their signages were being taken by the protesters. She noted that nine jeepney drivers in the area were even forced to return to their garage as they were being “harassed” to join the strike against the government’s modernization program.

“This should not be a strike where [drivers] are forced to join. They should spare those who don’t want to join,” Lizada said.

Piston rallied its members Monday for a two-day strike against the government’s plan to replace the old and dilapidated jeepneys with new commuter- and environment-friendly units.

George San Mateo, Piston’s national president, claimed success on the first day of their strike as they supposedly paralyzed majority of the country’s transport systems.

LTFRB data, however, showed the contrary. In the metro, of the 74 trucks and buses that were deployed, only 23 were dispatched by noon. This translated to 1,140 passengers of the estimated 10 million daily jeepney riders.

Elsewhere in the country, most LTFRB regional offices reported no disruption in transport services.

Lizada pointed out that the suspension Monday was just a “preventive measure” from Malacañang, especially that the strike was mostly attended not by jeepney drivers and operators but members of various militant groups.

Asked to elaborate, the LTFRB official said that the modernization program may have just been a cover of the groups “for whatever agenda they have.”

“It’s better to err on the safe side,” she said.

Among those who joined Piston were militant groups Kilusang Mayo Uno (KMU), Gabriela, Anakpawis and League of Filipino Students.

Lizada hit labor group KMU, which co-organized the strike, as she pointed out that the modernization program would in fact bring in more jobs, particularly in the manufacturing sector.

“If they are pro-labor why are they opposing this program that would generate employment?” she said.

She also belied the groups’ claim that the modernization program would raise the minimum jeepney fare to P20. She noted that there are still no discussions on it, and in fact a pending petition for a P2 fare hike has yet to be decided on.

Monday’s strike was the third to be spearheaded by Piston and the sixth in total to be held by those opposing the modernization program. Since the strike also affected the local bourse, Transportation Secretary Arthur Tugade expressed support to the filing of an economic sabotage case against Piston.

“They [are] selfish and small-minded. We want the Filipino public to be safe and have better transport system. Change is hard but must be done,” Tugade said in a text message to PSE’s Vivian Locsin, who recommended Piston “be charged [with] economic sabotage.”

After repeatedly calling on the government not to modernize jeepneys and just work on rehabilitating them, San Mateo changed tune recently and said that they are not against the modernization program but only to the corporatization of their industry. He alleged that because the new units can cost up to P1.6 million, this would only put in debt jeepney drivers and operators.

San Mateo said that he is not afraid of the government filing another case against him for mounting a transport strike, noting that he is simply responding to President Duterte’s challenge that they hold strikes against the modernization program.

He added that they are also just “exercising their constitutional right to air our grievances.”

Last month, the Land Transportation Franchising and Regulatory Board charged San Mateo of violating Commonwealth Act No. 146, or the Public Service Act, for the February jeepney strike. /je