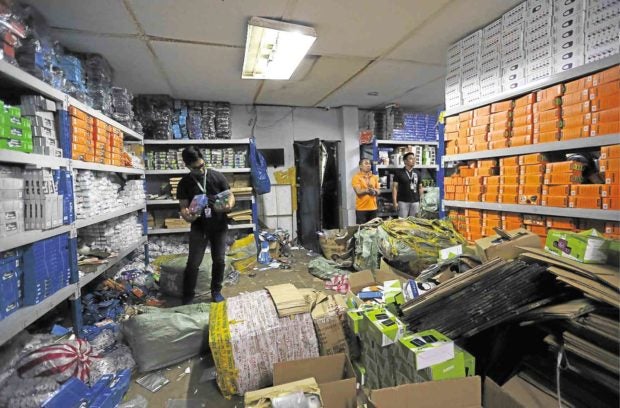 The BOC finds a roomful of ‘fakes’ in a Manila storage facility but no one to arrest on Thursday.—LYN RILLON

The Bureau of Customs (BOC) has seized around P2 billion worth of counterfeit goods, including gadgets, soaps and other household items, from a storage facility in Sta. Cruz, Manila.

“Thursday’s raid stemmed from tips from the brand owner, Unilever, which reported the unauthorized distribution of fake products,” Lapeña said on Friday.

Lapeña said there was no owner or worker present during the raid at the units, which was allegedly rented by a certain Brian Lee.
The BOC chief also noted that the counterfeit goods did not undergo quality control.

“They are undermining the legitimate brand owners and deceiving the consumers by selling ‘fake branded products’ of substandard quality. This is also a violation of the Intellectual Property Law and the Consumer Act,” Lapeña said.

The units will be secured by the BOC pending an investigation and the issuance of a warrant of seizure and detention, which means that the fake goods will be destroyed.—JULIE M. AURELIO