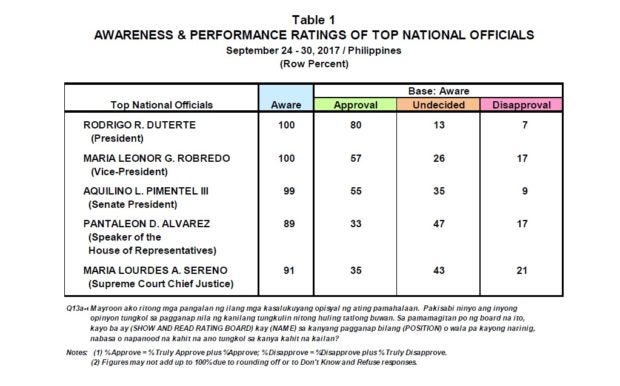 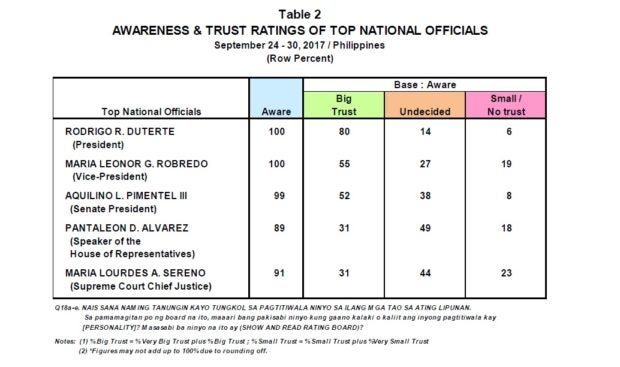 Most Filipinos continue to approve of and trust President Rodrigo R. Duterte despite the series of controversies hurled at his administration, a recent survey revealed Friday.

In the latest Pulse Asia nationwide survey conducted from September 24 to 30, data showed that four in five Filipinos continue to approve of and trust Duterte.

His approval rating was down by two percentage points: from 82 percent in June to 80 percent in September.

His trust rating, meanwhile, dipped by just one percentage point from 81 percent to 80 percent in the same period.

The survey was conducted from September 24 to 30, at the height on the Senate probe on the corruption allegations at the Bureau of Customs and the smuggling of the P6.4-billion illegal drugs from China, as well as the death of University of Santo Tomas freshman law student Horacio Tomas Castillo III.

The nationwide survey is based on a sample of 1,200 representative adults 18 years old and above. It has a ± 3 percent error margin at the 95 percent confidence level.  /idl