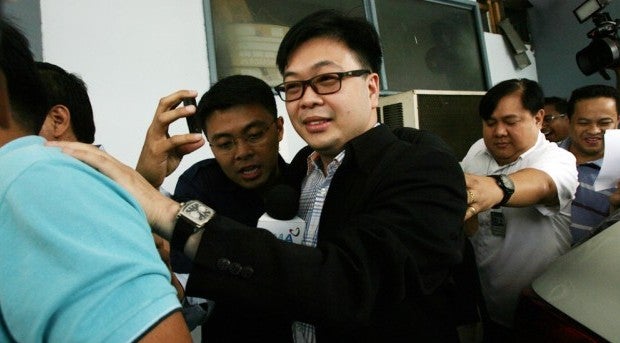 The Department of Justice (DOJ) is set to start preliminary investigation of suspected rice smuggler Davidson Bangayan and his alleged conspirators.

The investigating panel, headed by Assistant State Prosecutor Eden Valdes, will start the hearing on Thursday after the National Bureau of Investigation (NBI) Anti-Graft Division refiled its complaint on Sept. 5, 2017, two years after the Department of Justice returned to the bureau its original complaint filed in August 2014.

The NBI filed the complaint upon the request of the Senate, through its Committee Report No. 763 (Committees on Agriculture and Food, Ways and Means, Trade and Commerce, and Accountability of Public Officers).

The committees alleged Bangayan and his co-accused of establishing a scheme to recruit rice farmers and organize them “for the purpose of acquiring substantial allocations on the PSF-TES importation program with the end goal of monopolizing the supply of rice.”

All were charged in the second complaint except for David Lim.

In its complaint, the NBI alleged that respondents conspired to use rice farmers “for the purpose of acquiring substantial allocations on the PSF-TES importation program [of the National Food Authority] with the end goal of monopolizing the supply of rice.”

“The aforementioned individuals conspired or agreed to organize the farmers cooperatives and organizations as well as other juridical personalities in order to monopolize the supply and distribution of rice thru pre-arranged bidding and other false pretenses thereby preventing free competition in the market,” the complaint said.

“With the acts of subject Bangayan and company, the other capable individuals were denied of their share on the allocation of the rice importation,” it noted. /atm