DOJ ready to include Faeldon, 11 others in BI lookout bulletin 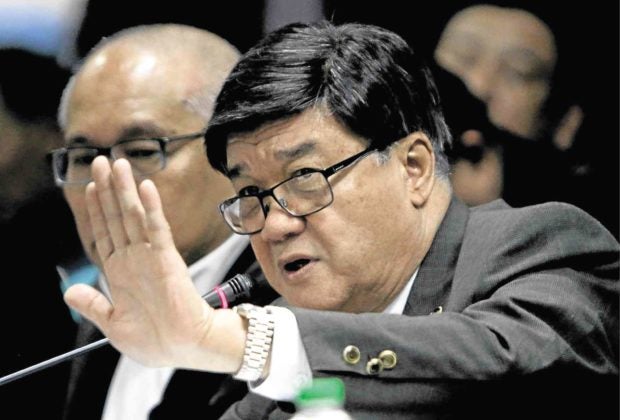 The Department of Justice (DOJ) is poised to issue a lookout bulletin against former Customs chief Nicanor Faeldon and 11 other officials over the criminal complaints filed against them in connection with the P6.4-billion drug smuggling, Justice Secretary Vitaliano Aguirre II said Wednesday.

“Since the preliminary investigation is already ongoing, we will issue the ILBO (Immigration lookout bulletin order) if the cases would be filed in court,” Aguirre said in a text message to the media.

“Since they are participating in the PI (preliminary investigation), we can take that as a guarantee that they will not evade the criminal proceedings. If they say they are confident that they will be absolved, then there’s no need to hide,” he added.

The Philippine Drug Enforcement Agency (PDEA) accused Faeldon and 11 other Bureau of Customs (BOC) officials and employees before the DOJ of conspiracy to import illegal drugs and protecting drug traffickers, in violation of the Comprehensive Dangerous Drugs Act or Republic Act 9165.

The agency also accused the BOC officials of obstruction of justice for “harboring, concealing or facilitating the escape” of those behind the 605-kilo shipment, including Richard Chen, the owner of Hongfei Philippines, the supposed importer of the shipment. /jpv