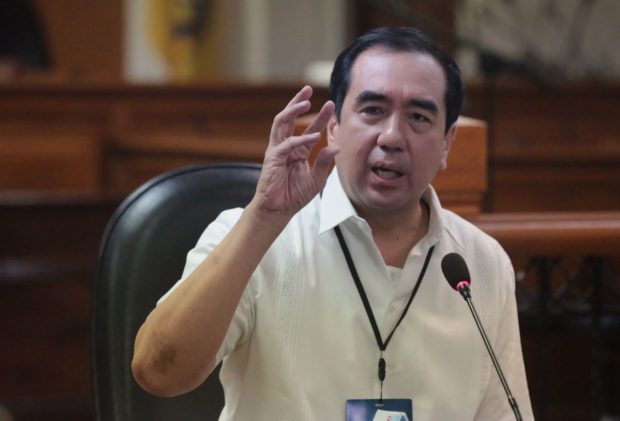 In his letter submitted to President Rodrigo Duterte, Bautista said he resigned “due to to personal reasons.”

“The approximate 10 week period is meant to provide you Mr. President, sufficient time to chose my replacement as well as ensure a smooth and orderly transition within the commission,” he said.

The Comelec chief thanked “the Filipino people for the honor and privilege” of serving them.

Bautista’s resignation came a month after his wife Patricia claimed that he might have amassed nearly P1 billion in ill-gotten wealth.

The Comelec chief has repeatedly denied this claim. /atm 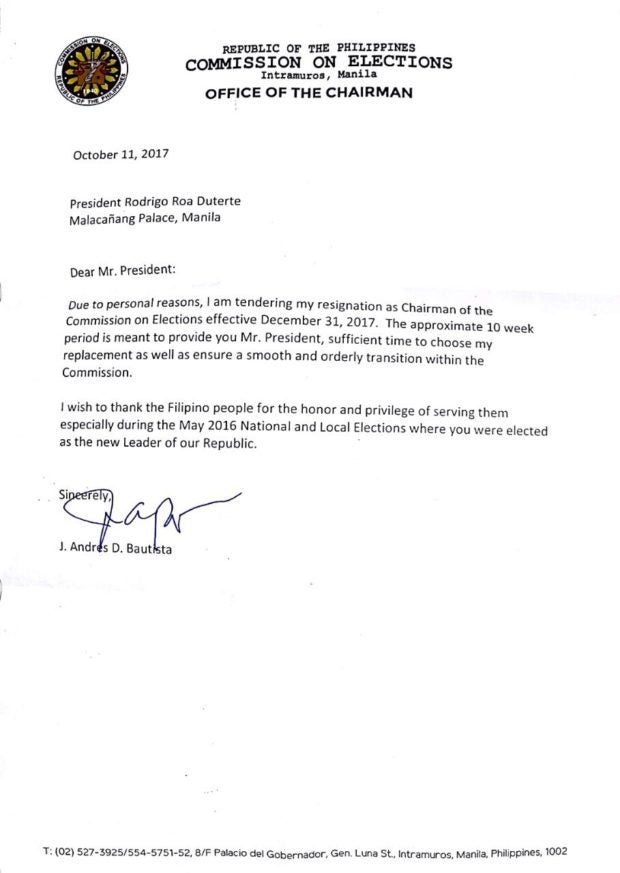