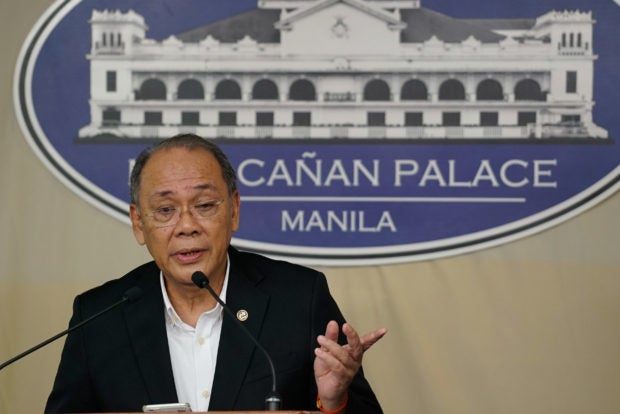 As international groups press for an independent investigation of the killing of suspects in President Rodrigo Duterte’s war on drugs, Malacañang says the Philippine National Police is already investigating and cites specific actions the PNP has taken.

“We need to understand that these things are being addressed. Except that perhaps there’s a lot of noise on the outside, and auxiliary noise,” presidential spokesperson Ernesto Abella said on Tuesday.

“However, the President is quite serious in addressing all of these matters,” Abella added.

Parliamentarians from the Progressive Alliance and the Party of European Socialists warned on Monday that the Philippines could lose a preferential trade deal that allows the duty-free entry of its products to the European Union if the drug killings and the persecution of the administration’s critics continued.

Human Rights Watch (HRW) also warned that the Philippines could lose its position in the United Nations Human Rights Council unless the government stopped the killings and allowed an independent investigation.

Delos Santos, 17, was killed in a drug raid. He was seen on security camera footage being dragged by police officers to a cul-de-sac, where he was later shot dead.

The footage belied police claims that the teenager had shot it out with them.

Arnaiz, 19, was killed after an alleged robbery attempt, but witnesses testified that he was on his knees when shot by police officers.

The body of Reynaldo de Guzman, 14, Arnaiz’s companion on the night he was killed, was fished out of a creek in Gapan City, Nueva Ecija province, days later with multiple stab wounds.

More than 3,800 suspects have been killed by police since Mr. Duterte launched his war on drugs after taking office in June last year.

Police say the victims were shot dead in gunfights with officers.

More than 2,000 others have been killed by unknown assailants, who rights groups believe are hired guns working for the police or are policemen themselves.

Administration officials have denied that executing drug suspects is a state policy under Mr. Duterte.

Read Next
Blue ribbon draft reports seeks charges vs Faeldon, 12 others
EDITORS' PICK
Experience clearer calls nationwide with Smart VoLTE
Lorenzana orders review of protocol in handling slain rebels’ remains
PNP probing influx of marijuana in NCR, adjacent provinces
Duterte: May Bonifacio inspire all Filipinos amid COVID-19 pandemic
Arthaland’s property management arm utilizes Amazon Web Services to enhance delivery of service
Smart Prepaid encourages the youth to take their passions to the next level and ‘Live GIGA’
MOST READ
Lorenzana orders review of protocol in handling slain rebels’ remains
DOF to PITC: Return P1 billion in interest on ‘idle’ funds
‘What is mine is hers,’ says Matteo on sharing finances with his Popstar Royalty wife
23 police officials get new assignments in PNP’s latest reshuffle
Don't miss out on the latest news and information.