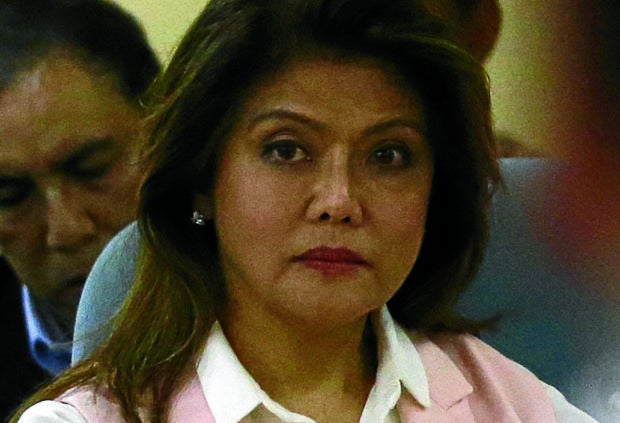 In a statement denounced by the camp of Ilocos Norte Gov. Imee Marcos as prejudicial, the chair of the House committee investigating alleged anomalies in Ilocos Norte transactions said the irregularities discovered in the provincial government constituted plunder.

Rep. Johnny Pimentel, chair of the House committee on good government, said he was considering recommending the filing of plunder against Marcos and other officials involved in alleged fund anomalies in the provincial government.

“This is well within the parameters for plunder,” said Pimentel.

But Marcos, in an interview with reporters on Monday, said Pimentel’s pronouncements effectively prejudged the ongoing inquiry.

“It’s surprising that this hearing has been prejudged,” she said.

Marcos insisted that she relied only on the representations of the province’s procurement officials.

Pimentel, however, told reporters that Marcos was “the most responsible person in all these transactions.”

“She is the head. All the transactions bear the signature of Gov. Imee Marcos,” he said.

Pimentel’s committee was investigating several alleged anomalies in the provincial government, including the purchase of vehicles at an overprice, using P66.54 million in tobacco taxes.

The congressman linked a supposed boyfriend of the governor to the irregularities.

Marcos said what mattered was the vehicles and other projects were all completed, despite the allegations of procurement irregularities and misuse of funds.
“I’m hoping they will listen and open their minds to see how these were used,” Marcos said.

“There’s no plunder, or at least, a violation of the Anti-Graft and Corrupt Practices Act, because all the projects were finished,” she said.

Pimentel said the Government Electronic Procurement System also uncovered that some of the transactions had bid documents that actually belonged to other agencies and local government units, indicating falsification.

On Monday, art curator Eric Zerrudo disowned his signature in the bid documents for a P1.6-million project in Paoay Museum meant to commemorate Imee’s father, the late dictator Ferdinand Marcos.