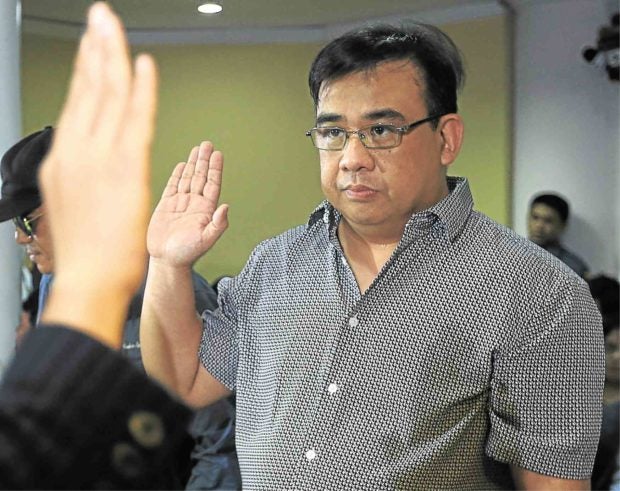 HAZING PROBE Horacio Castillo Jr. takes his oath at the Department of Justice on Monday during the preliminary investigation into the death of his son allegedly at the hands of Aegis Juris members. —EDWIN BACASMAS

University of Santo Tomas (UST) law dean Nilo Divina and 18 other members of Aegis Juris were impleaded in the criminal complaint filed in the Department of Justice (DOJ) over the fatal hazing of UST law freshman Horacio Castillo III.

Assisted by lawyer Lorna Kapunan, Castillo’s parents, Horacio Jr. and Carmina, filed a supplemental complaint against the 19 fraternity members on Monday at the continuation of the preliminary investigation into Castillo’s death.

Divina had repeatedly denied having prior knowledge of the fraternity’s initiation rites that led to the death of the 22-year-old student on Sept. 17.

He and his co-respondents were charged with murder, violation of Republic Act No. 8049 or the antihazing law, and perjury.

The Manila Police District earlier filed a similar complaint against primary suspect John Paul Solano and 17 others who allegedly participated in the hazing.

In their 17-page complaint, Horacio Jr. and Carmina said Divina, as the dean of the UST Faculty of Civil Law, should have assigned at least two school officials to witness the initiation rites as stated in Section 3 of the antihazing law.

The parents said Divina and UST law school secretary Arthur Capili, also an Aegis Juris member, knew their son was set to undergo hazing because the victim went to their law office in Makati City on Sept. 12.

“Respondents Divina and Capili [also] failed to ensure that everyone who may be involved (in Castillo’s death) is accounted for and not in hiding,” said the victim’s parents. 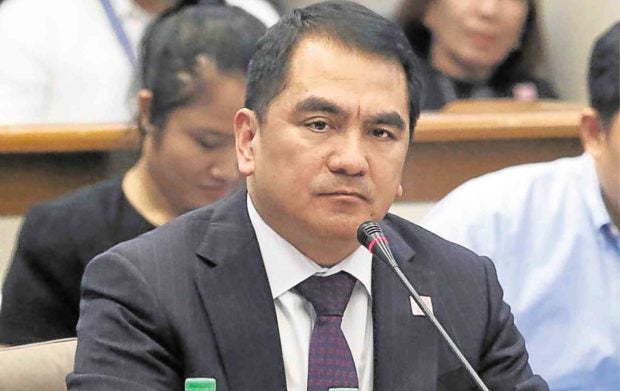 “Considering that it was indubitably shown that … Divina knew of the hazing activities … the least (he) could have done was to assign at least two school representatives to be present at the initiation,” they added.

On Friday, Divina filed a P120-million libel suit against Kapunan for linking him to Castillo’s hazing and for making public a disbarment case that has been filed against him and 20 of his law firm associates.

The disbarment case involved another client of Kapunan, Patricia Bautista, wife of Commission on Elections chair Andres Bautista, who is also a friend of Divina.