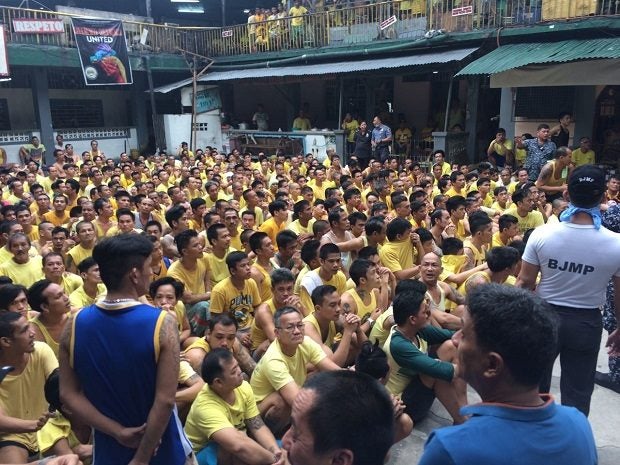 Quezon City Jail inmates sit in the courtyard of the prison facility while members of the BJMP, PDEA and QC police search their quarters for contraband. PHILIPPINE DAILY INQUIRER / NIñO JESUS ORBETA

The inmates were asked to get out of their dormitories and gathered at the basketball court in the operation dubbed as Oplan Greyhound.

Warden Ermelito Moral of the BJMP said they aimed to get rid of the contraband within the jail premises.

There are five dormitories and four groups at the jail: the Batang City Jail or BCJ, Sputnik, Bahala na Gang and Komando. /cbb