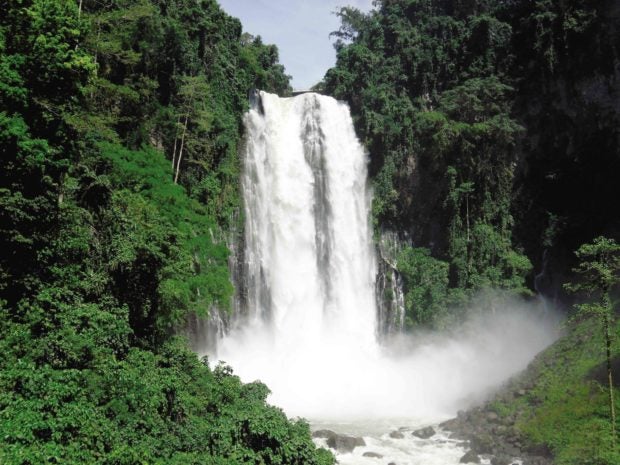 The most famous waterfalls in Iligan City, Maria Cristina, is also a source of electricity aside from being a major tourist draw. —RICHEL UMEL

ILIGAN CITY — The war on Islamic State in Marawi City, some 38 kilometers away, is making its impact felt by this city’s tourism industry as fears about the spread of terrorism are keeping would-be visitors from venturing here.

The city’s tourism office said fears that terrorists, driven by the war in Marawi, could strike anytime were discouraging tourists from visiting the city.

Donnabelle Olado, city tourism officer in charge, cited the case of three Australians who had been tapped as judges in a tattoo competition in the recently concluded Diyandi Festival but “backed out due to security advisory from their government.”

Olado said officials had not yet made a full accounting of revenue losses in the city’s tourism industry, however.

Last year, at least 120,000 domestic and foreign tourists came to visit the city, which prides itself as host to more than 20 waterfalls and nature parks.

Among the most visited waterfalls was Maria Cristina, which also powers two of Mindanao’s major hydropower plants—Agus 6 and 7.

Olado said that of the city’s 24 waterfalls, only 10 remained accessible to tourists while access to the other falls had been restricted due to security concerns.

Access to the city’s most famous falls, Maria Cristina, had been limited in recent days, according to the National Power Corp. (Napocor), which oversees access to the falls because of the presence of two hydropower plants there.

Romero Pacilan, Napocor spokesperson here, said that while the Napocor had not shut down access to Maria Cristina, the number of visitors to the falls was being heavily regulated.

Tighter security measures had been put in place because of threats of terror attacks on the two hydropower plants inside the Maria Cristina complex, he said.

“A red alert status remains at the two power facilities because of the Marawi crisis,” Pacilan said, adding that tourists planning to visit the falls have to make prior arrangements.

He said that while the red alert status was still in effect, Napocor would limit the number of tourists entering the complex.

Prior to the war in Marawi City, up to 1,000 tourists would visit Maria Cristina Falls each day.

Pacilan said that until the war was over, Napocor would continue regulating the number of visitors to the falls.

“Only under a normal situation can the Napocor management be able to allow more tourists in,” Pacilan added.