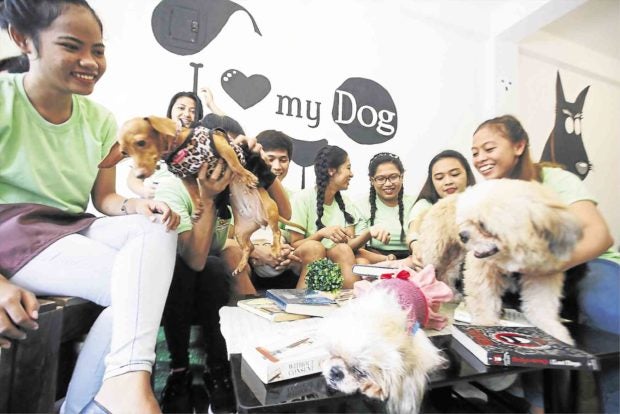 Daraga, Albay — Students, yuppies and dog lovers flock to a tiny cafe in this town to see Casey, Mucho, Sweetie and Wako almost everyday, like excited fans going to a meet-and-greet with celebrities.

At Dog’s Haven Grill Cafe, it is not the unusually named food and frappes that are the main attraction, but these four canine friends.

Established just this year by students as part of their entrepreneurship course, the cafe has become a watering hole among local animal lovers.

For repeat visitors Ana Naparam, 15, and Ghenie Joy Balgañon, 14, the chance to cuddle dachshund Casey has been reason enough to keep coming back.

Naparam and Balgañon, both Grade 9 students at nearby Mary’s Child Science Oriented School, said they hang out at their newfound joint after school to have snacks with friends and play with the dogs.

Yissa Lucena, 20, president of the group of 4th year entrepreneurship students from Bicol University who created Dog’s Haven, said the three other dogs, all of them shih tzus, are pets of her groupmates.

“We also have a golden retriever but she had to go on  ‘leave’ because she was about to give birth,” she said. 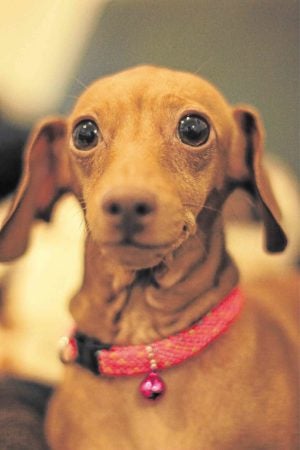 Lucena, who is also Casey’s owner, said that she and eight classmates established the cafe as part of their practicum requirement which involves creating a business plan and seeing it through.

Sometime in June, they each contributed P12,000 each and, seeing that there was no dog cafe in Albay, decided on this business.

On July 15, the cafe opened its doors at First Park Subdivision, Barangay Sagpon in Daraga, but without the dogs.

“Initially,  our idea was to encourage customers to bring their dogs here but some customers who have no dogs suggested that we should also have resident dogs,” Lucena said.

Since the dogs became part of the cafe, diners have been pouring in, she added.

The cafe offers frappes, cold and hot coffee-based drinks, juices, panini sandwiches, chicken and pork dishes, pasta and snacks, some of which are named after the four canine residents and different dog breeds.

Aside from its affordable entrées, the cafe offers its customers a bright and relaxed ambiance with mural paintings of dogs, including Courage the Cowardly Dog from the American TV series of the same name, and Snoopy from the Peanuts comic strip. 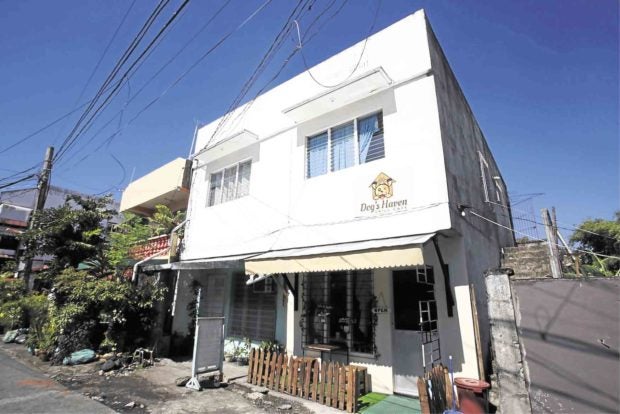 Books for on-site reading sit on open shelves, while hand sanitizers help customers keep their hands clean after playing with the cafe’s furry residents.  Unlike other pet cafes, customers don’t pay extra for cuddle time with the canines.

Lucena said their primary goal, aside from completing their practicum, was to earn back the capital they used to set up the cafe within eight months from its establishment.

With the cafe doing well, the group is looking at the possibility of moving to a bigger place either in Daraga town center or Legazpi City to expand their operations, Lucena said.

Fresh graduates Aira Laurio and Elise Orea said the dog cafe was everything its posts on social media described. Initially attracted to the cafe by the photos of the four resident dogs, they said the affordable prices will keep them coming back.