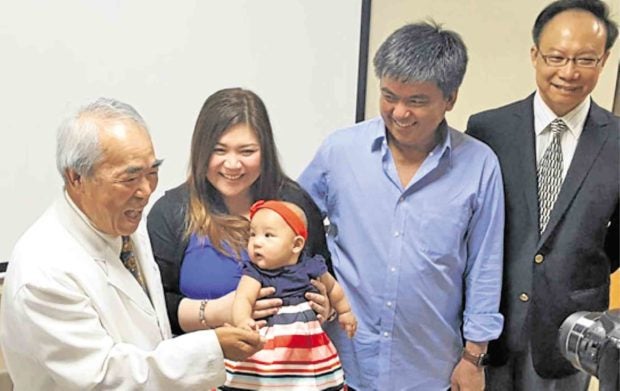 Dr. Maw Sheng Lee (left) with 8-month-old Maria Olivia and her parents, Dagupan City Councilor Maybelyn Fernandez and husband Michael. More than 500 Filipino test-tube babies have been born with the help of Lee’s hospital in Taichung, Taiwan. Some of them made it to a gathering in Pasay City on Oct. 1 (below).—PHOTO COURTESY OF TECO

For former actress and now Dagupan City Councilor Maybelyn dela Cruz-Fernandez, her precious Maria Olivia was a miracle nine years in the making.

“It took us that long to have her in our lives,” Fernandez said of the 8-month-old baby in her arms. “We feel blessed to have met Dr. Maw Sheng Lee. He gave us hope, he convinced us not to give up even after other doctors had turned us down.”

Fernandez was one of the grateful parents who brought along their bundles of joy for a “family reunion” of the test-tube babies conceived with the help of Lee Women’s Hospital (LWH) in Taichung, Taiwan.

The event held on Sunday at SMX Convention Center in Pasay City was organized by the Taipei Economic and Cultural Office (Teco), which also hosted Lee, LWH president.

According to Teco, more than 500 Filipino babies—including twins and triplets—have been born thanks to in-vitro fertilization (IVF) procedures done in the hospital. Lee said it had served about 700 Filipino couples since its establishment in 1986. IVF is an artificial reproductive technique (ART) where an egg is fertilized outside the body, in a laboratory dish, then implanted in a woman’s uterus.

LWH has been a top choice for IVF in Asia because of its advanced technology and higher success rate compared to hospitals in other countries, Teco said in a statement. Taiwan is considered a regional pioneer in ART and its IVF costs are lower by half compared to rates in Hong Kong, Thailand or Singapore, it added.

Up to 200 babies made it to the Oct. 1 gathering, dolled up and ready for a selfie with Dr. Lee.

“It is my prayer to be with you all. There was over a thousand of you who went to Taiwan—and here we are,” the doctor told the parents. “We can help more of your Filipino friends solve their fertility problems.” 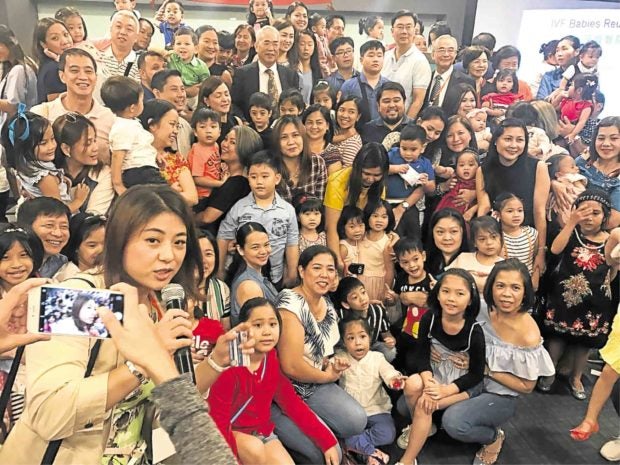 Speaking for the parents, Fernandez said: “It was impossible for us to conceive the natural way. A lot of doctors have given up, but Dr. Lee did not. Thank you for giving us the assurance that our dream of having a family is still possible.”

For Eden Familara, who waited 13 years to have a baby since her marriage, going to Taiwan with her husband Ronald for an IVF was an experience marked by excitement and anxiety, like a tough competition or an entrance exam.

“All the women there wanted to become mothers. We were all nervous. We did not know what’s going to happen. We and our family in the Philippines were waiting for the results,” she said.

The whole process, she recalled, was done in phases, from taking fertility drugs (which can be done while still in the Philippines) to spending three to five weeks in Taiwan for a series of medical examinations, checkups and ultrasound sessions. Eden and Ronald then stayed in a hotel along with several Filipino couples.

“The first phase involves science; the second phase is up to God — if He really wants to give us a baby,” said Familara, who suffered miscarriages early in her marriage.

Before considering IVF, the couple tried intrauterine insemination (IUI), another artificial method that involves placing the sperm inside a woman’s uterus. After 11 tries, she got pregnant in 2009 via IUI but still lost the baby a month later. She then found out that she had immunological issues, for which she had to undergo therapy. 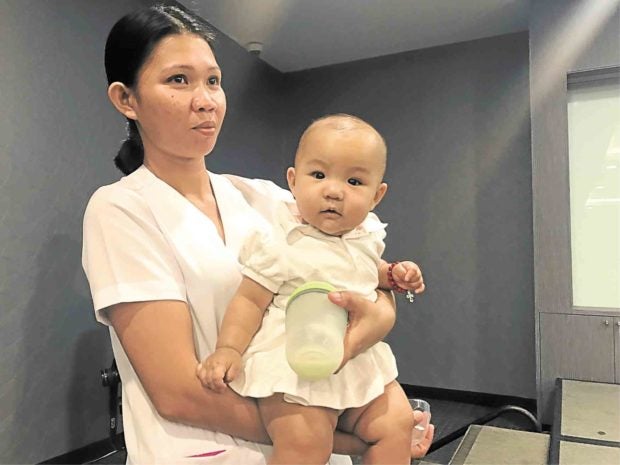 The couple came to know about Lee’s hospital after reading testimonials posted by mothers on an online forum. By December 2012, after a year of further research about LWH, the Familaras were in Taiwan, checking out the facility. Thirteen months later, they started the procedure.

The first results were not encouraging and left them “brokenhearted and very stressed,” she said. “That’s one misconception about IVF, it does not mean that when the harvested embryos are of high quality, it’s already successful.”

Familara said the total cost of her procedure in 2013 was around US$5,000. Lee said the hospital charges around the same rate per cycle to this day.

Finally, on Feb. 15, 2014, the couple welcomed Renzo Elijah, their firstborn who, in their own words, was “made in Taiwan.”

“It was like winning the jackpot in the lotto. We were very happy,” Eden said during the Oct. 1 event, which the couple attended together with their friend Cherry Lyn Chua, also a mother of an IVF baby.

The 34-year-old Chua said she was diagnosed with an ovarian cyst at age 19, dashing her hopes of having a baby. When she got married in 2011, she and husband Ronnie came to accept that they would remain childless—until they found out about LWH.

By July 2013, the Chuas were in Taiwan. Within weeks, after undergoing daily checkups and having her cyst removed, she was pregnant with their first child, a girl named Rianne.

Chua said she drew strength from her husband and their Filipino “batchmates” in the hospital that included the Familaras. “Our kids now go to the same school; we have since become friends.”

Councilor Fernandez said she had been encouraging  Lee to set up a hospital in the country.

“Every time we go (to his Taiwan hospital), we meet two to three Filipino couples. Just imagine how many more Filipinos he can help if there is also a center here. It’s hard going to Taiwan, but the experience is made easier because of the Pinoy support,” she added.

“Whenever I see children roaming around our streets and neglected by their parents, I feel sad considering the difficulty I and the other parents here  had to go through to have a baby. We waited long and spent a lot for it,” Chua said.