Bongbong confident he will soon be VP 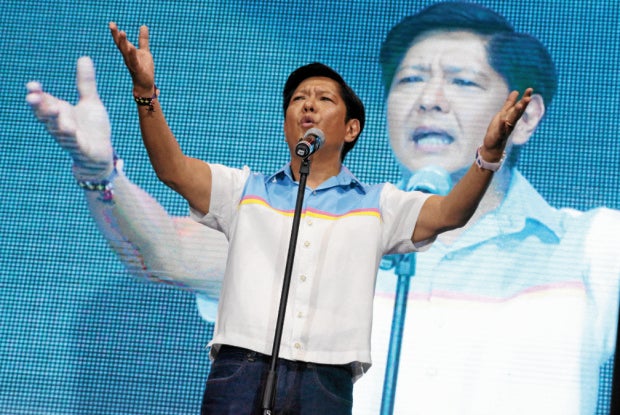 The son and namesake of late Philippine dictator Ferdinand Marcos declared Thursday he was confident of ousting the current vice president in a legal challenge, which would place him a heartbeat away from leading his country.

Ferdinand “Bongbong” Marcos Jr. also confirmed his family was in talks with President Rodrigo Duterte, a political ally, to end the government’s three-decade hunt for billions of dollars worth of national assets allegedly stolen by his father and mother during their reign.

“We are definitely sure that when the recount starts the true result will emerge and prove that the votes in the vice-presidential election had been incorrectly counted,” Marcos told reporters.

Victory for Marcos would cement his family’s remarkable political comeback, 31 years after a famous “People Power” revolution saw millions of people take to the streets to end his father’s 20-year rule and force the family into US exile.

Ferdinand Marcos Sr. died in Hawaii in 1989, his reputation mostly in tatters with the government accusing him and his cronies of embezzling up to $10 billion from state coffers during his time in power while overseeing widespread rights abuses.

But his family, led by flamboyant matriarch Imelda, returned to the Philippines after his death and began rebuilding political power.

Imelda, 88, remains a member of Congress representing the family’s stronghold in a northern Philippine province.

She has said she dreams of Bongbong, who was a senator for from 2010 to last year, becoming president.

Duterte, 72, has admitted to having a range of health problems, including a cardiovascular illness caused by smoking called Buerger’s disease.

Duterte said last year he had dealt with chronic pain by taking higher doses of fentanyl, a highly addictive opioid, than his doctor had prescribed.

Duterte insists he is an anti-graft crusader.

But he also openly admires the leadership style of the dictator, and counts the Marcos clan as important political allies who helped fund his presidential campaign.

Duterte said recently the Marcos family had proposed a settlement on the wealth cases by turning over to the government some of its assets, “including a few gold bars.”

Bongbong Marcos said Thursday the family was offering to sign a “quit claim” deed in which it would identify properties and assets it had acquired legally and relinquish its claim to whatever else the government finds.

“If the government is saying we are hiding other things, we will help you find it and you can have it,” he added, while declining to provide estimated values.